Suzuki and Aprilia are the only manufacturers on the current MotoGP grid without a customer outfit, though Brivio has repeatedly expressed a desire for the Japanese manque to have a satellite team in recent years.

The brand became the first win the title without a satellite squad in the modern MotoGP era courtesy of Joan Mir in 2020, but Brivio admits having only two riders collecting data "is not enough".

With most manufacturers and independent teams' current contract with MotoGP promoters Dorna Sports up for renewal at the end of this year (from the manufacturers, only KTM has signed on beyond 2021), a Suzuki satellite squad could be seen on the 2022 grid.

Gresini has also signed up beyond 2021, as the team splits from the Aprilia works operation for 2022.

However, Brivio says Suzuki management will have to take a decision by April next year at the "maximum" in order for the brand to be able to prepare additional bikes for a 2022 customer.

"About the satellite team, we talked a lot about that. From some certain point of view you might think it's not necessary because we won the title," Brivio said when asked if Suzuki may not need a satellite team having won the 2020 title without one. 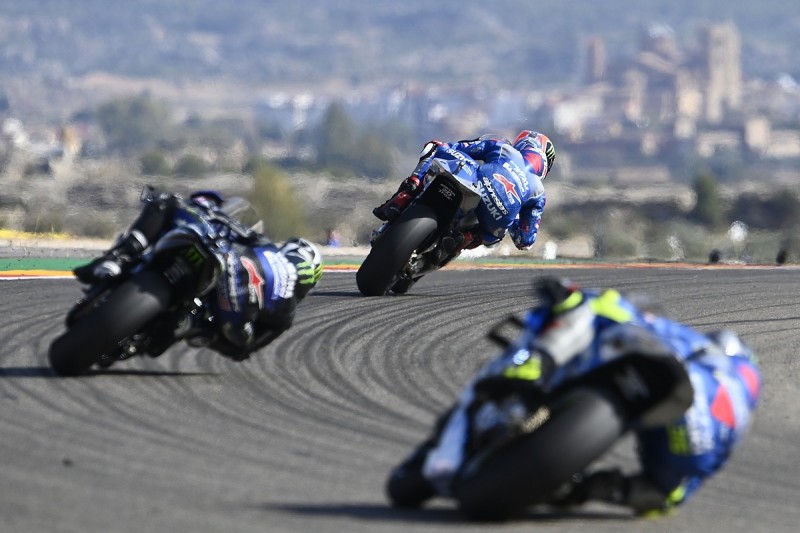 "But our engineers don't agree with that because on the track we feel we need to get more information and two riders in some situations is not enough, especially when there is weather conditions where you can only have a few sessions in the dry, having more riders will give you more information.

"So, it's much more difficult [to gather data] than for the other manufacturers.

"Having said that, we as a factory team would like to have more information and share information, but this project has to get approval from top management and this is something ongoing.

"But, of course, the target is to [have a satellite] in 2022, we have to decide early, I would say before March, April maximum otherwise we have no time to get organised.

"So, it's still a work in progress and we haven't taken a decision yet."

Suzuki clinched the riders' title for the first time in 20 years with Mir in 2020, with it also winning the teams' title - though was beaten in the constructors' table by Ducati and Yamaha.