Spanish MotoGP: Bagnaia quickest in FP2 ahead of Quartararo

Francesco Bagnaia was fastest in second practice for the MotoGP Spanish Grand Prix on his Ducati as Marc Marquez was 16th after electing against a late time attack.

World champion Joan Mir went straight out in FP2 on the used medium rear tyre he ended FP1 on and set the initial benchmark at 1m39.781s as he began some used-rubber running.

Petronas SRT’s Franco Morbidelli edged ahead of Quartararo with a 1m37.965s with just under 33 minutes to go, before bettering this to a 1m37.704s.

This stood as the benchmark until the closing stages, though LCR’s Takaaki Nakagami came close to deposing Morbidelli with a 1m37.787s.

Most utilised the optimal conditions in the afternoon to carry out race preparation, though Pramac stand-in Tito Rabat’s session was interrupted by a fast tumble at the final corner 15 minutes from the end.

With four minutes to go the timing screens was ablaze with session-best sectors as most of the field headed out on fresh soft rubber for a time attack.

Quartararo finally deposed his Yamaha stablemate’s time with a 1m37.695s, before Espargaro on the Aprilia edged ahead with a 1m37.646s. 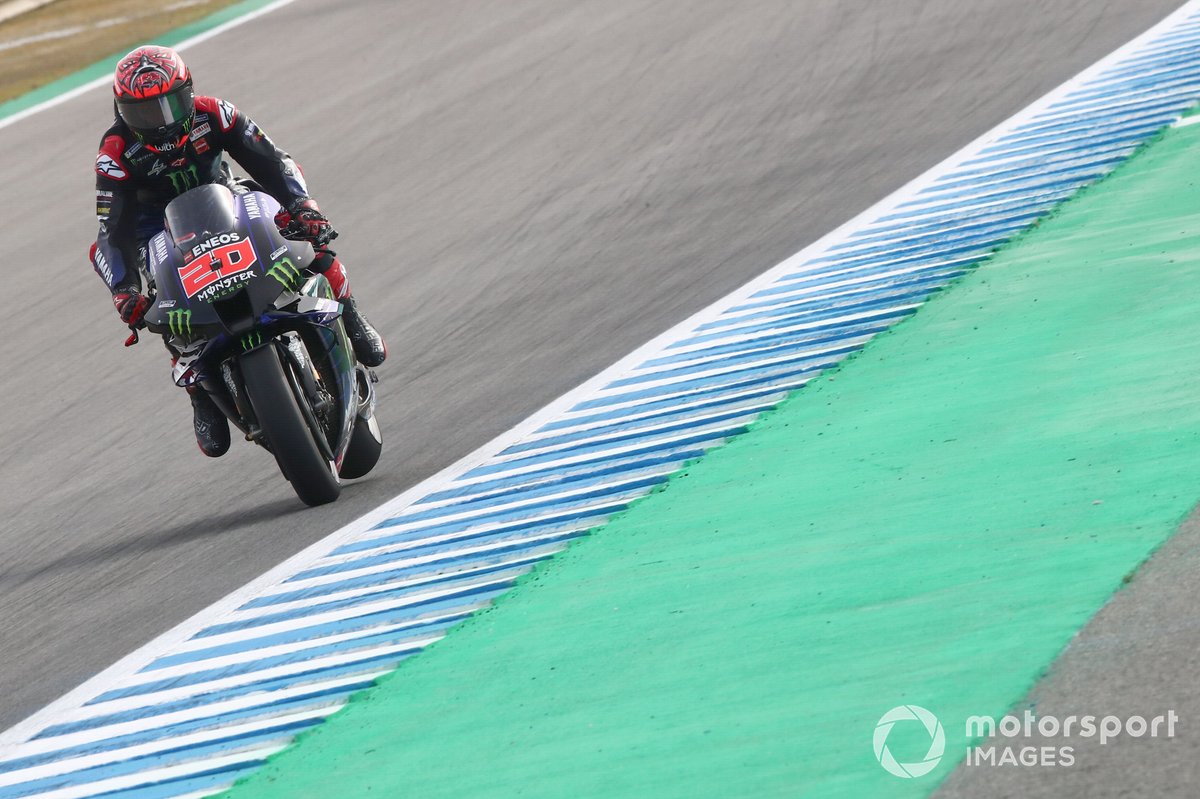 But these laps were obliterated by Bagnaia, with the Qatar GP poleman digging deep to produce a 1m37.209s to seal top spot in FP2.

Quartararo was able to cut Bagnaia’s sizable advantage down to 0.178 seconds, while Espargaro clung onto a top three spot.

Morbidelli didn’t go for a soft tyre time attack at the end of the session but remained fourth on his ‘A-spec’ Yamaha, with Vinales rounding out the top five.

Nakagami was shuffled back to sixth at the end ahead of KTM’s Miguel Oliveira and the only Suzuki in the top 10 of Alex Rins.

Zarco and FP1 pacesetter Brad Binder on the KTM completed the top 10, with Bradl heading Jack Miller (Ducati) and Mir outside of the provisional Q2 places in 11th.

The factory Honda duo of Pol Espargaro and Marc Marquez were a low-key 14th and 16th, though the latter didn’t go for a time attack late on.

Alex Marquez was similarly under the radar on his LCR Honda in 20th, while Valentino Rossi was unable to lift himself higher than 21st on his SRT Yamaha ahead of Tech3’s Iker Lecuona and Rabat.