MotoGP returns to Jerez in wildly different conditions to what it found during last year’s double-header run in scorching weather in July.

In the cooler conditions, top spot changed hands at a frenetic pace as Aprilia’s Aleix Espargaro set the early pace with a 1m40.834s.

This was quickly usurped by championship leader Fabio Quartararo, with the Yamaha rider edging ahead with a 1m40.661s before Yamaha team-mate Maverick Vinales dipped into the 1m39s with a 1m39.792s.

Espargaro, Quartararo and Petronas SRT’s Franco Morbidelli continued to trade top spot as the opening 15 minutes of FP1 wore on.

It was the Aprilia rider who set a lengthy benchmark with a 1m38.260s, before eventually bettering that with a 1m38.204s with just over seven minutes remaining.

This came under fire right at the end of the session, when KTM’s Binder started lighting up the timing screens.

After a tough start to 2021, largely as a result of Michelin’s front tyre allocation at the opening rounds, one-time MotoGP race winner Binder shot to the top of the order with a 1m38.013s to end FP1 on top.

Aleix Espargaro held onto second with his 1m38.204s, while Honda’s Marc Marquez completed the top three as he returns to the scene of his season-ending accident last year. 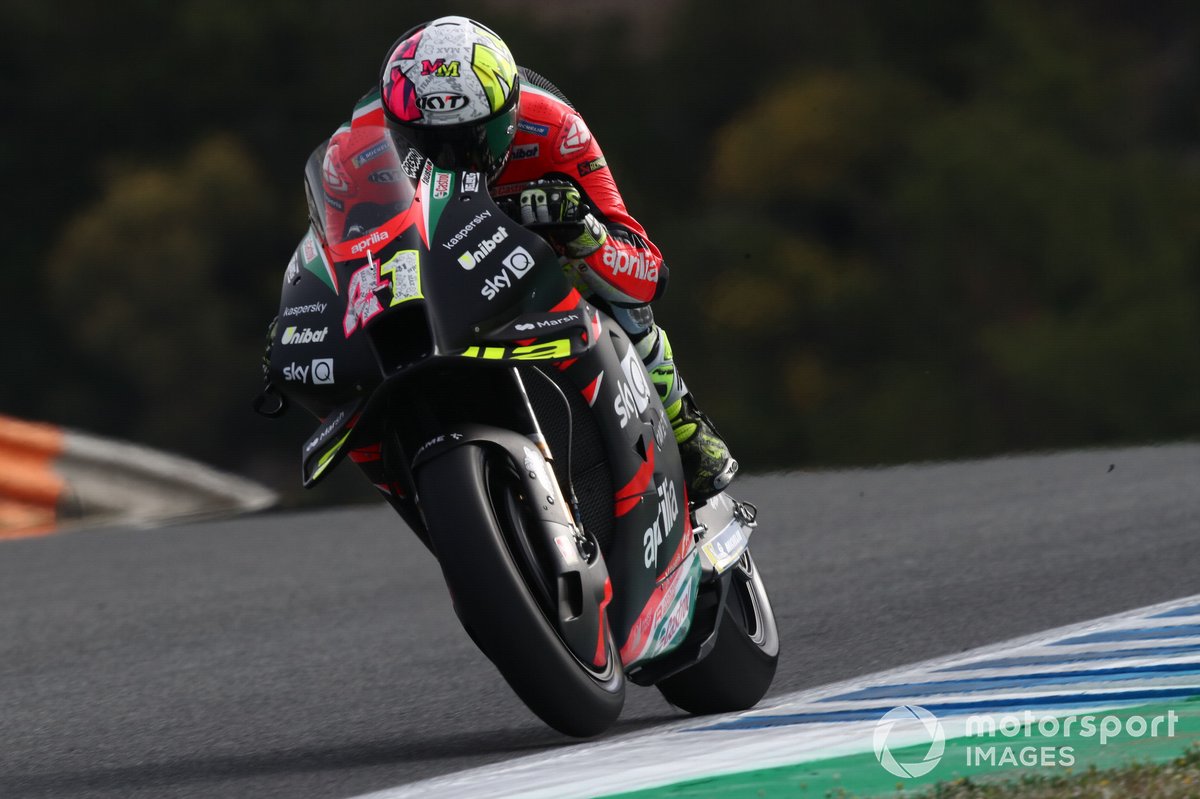 Marquez headed Ducati’s Francesco Bagnaia and Quartararo, with Pramac’s Johann Zarco rounding out the top six on his Ducati.

Miguel Oliveira completed a strong morning for KTM in seventh ahead of the sister works team Honda of Pol Espargaro, while Vinales and reigning world champion Joan Mir on the Suzuki completed the top 10.

With LCR Honda's Takaaki Nakagami in 11th, Morbidelli slipped to 12th at the chequered flag ahead of Aprilia’s Lorenzo Savadori and Suzuki’s Alex Rins, with HRC wildcard Stefan Bradl in 15th.

Jack Miller made a low-key start to proceedings on his factory Ducati in 17th, though was only 0.858s off the pace.

Rossi was 20th after a quick start to FP1, while Jorge Martin’s injury stand-in Tito Rabat was 21st in his first MotoGP appearance since losing his Avintia ride at the end of last year.

Spanish MotoGP: Bagnaia quickest in FP2 ahead of Quartararo