Johann Zarco says his current MotoGP slump in form has made him "sad", after he failed to advance from Q1 at the Sachsenring

Tech 3 Yamaha rider Zarco was forced into the first part of qualifying after only setting the 15th-fastest time in Saturday morning's third practice session.

The Frenchman then missed out on a place in Q2 by just under a tenth of a second, ending up fourth behind Andrea Dovizioso, Takaaki Nakagami and Aleix Espargaro in Q1.

A six-place grid penalty for Espargaro elevates Zarco to 13th on the grid, but it marks his worst starting position since last year's German Grand Prix.

"It was a difficult Saturday overall," said a despondent Zarco. "Yesterday I was quite happy and today I don't understand why we cannot improve and do better.

"It's really difficult to accept. I've tried the best, I tried to improve where I'm weak. and tried to understand where I have to do better and what can I ask to the team that we don't find.

"So it makes me sad and it [puts] me in a difficult situation to start the race tomorrow and to fix a good target. 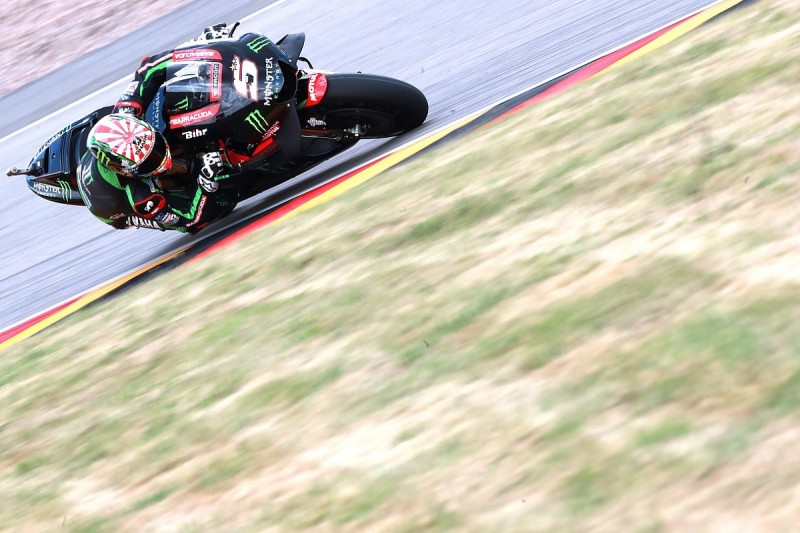 Zarco's poor form comes after a run of tough weekends since he crashed out of victory contention on home soil at Le Mans - although he enjoyed a small upturn in form last time out at Assen, where he was eighth.

"I don't understand what's happened," said the Frenchman. "Maybe this one is the worst one of all the last three weekends, it looks a little bit more like the Mugello.

"At Mugello I was not fast, and Barcelona [it was a bit] better, and at Assen it was a different weekend, I was competitive, just not lucky to start in eighth position.

"Here, once again, it's eight tenths [gap to pole] but eight tenths are like a lifetime, so I don't know what can I say.

"What was better at the beginning of the season? Maybe we were doing well, we are still doing well, but they [rivals] are doing better. That's also a way of seeing things."