Lecuona was drafted in to take the place intended for Brad Binder at Tech3 in 2020 when KTM opted to move the South African into its factory squad to replace Johann Zarco.

Admitting to Autosport that his move to MotoGP perhaps came "too early", having only made his Moto2 debut at the age of 16 in 2016, 20-year-old Lecuona managed three top 10s in his maiden premier class season on his way to 20th in the championship.

Vastly inexperienced relative to his rookie contemporaries Binder and Alex Marquez - who had 145 and 135 grand prix starts ahead of 2020 compared to Lecuona's 56 - rumours emerged mid-season KTM could move Lecuona back to Moto2 and take on outgoing Ducati star Dovizioso.

Dovizioso and KTM held discussions over a 2021 ride in the pre-season, but those talks came to nothing.

Speaking to Autosport for an upcoming feature on Lecuona, Poncharal says he was angered at having to field repeated questions on Lecuona's future despite KTM confirming his 2021 place in the pre-season.

"The good thing with Iker is he trusts the team and he trusts me a lot," Poncharal said.

"Some journalists who also think they are a little bit [like] superstars kept on asking [about Dovizioso replacing Lecuona], and I was at some stage a little bit angry because it doesn't matter how many time you say [it's not happening], you feel there is sometimes a higher force or a higher person behind myself that is going to tell me to change [my line-up]." 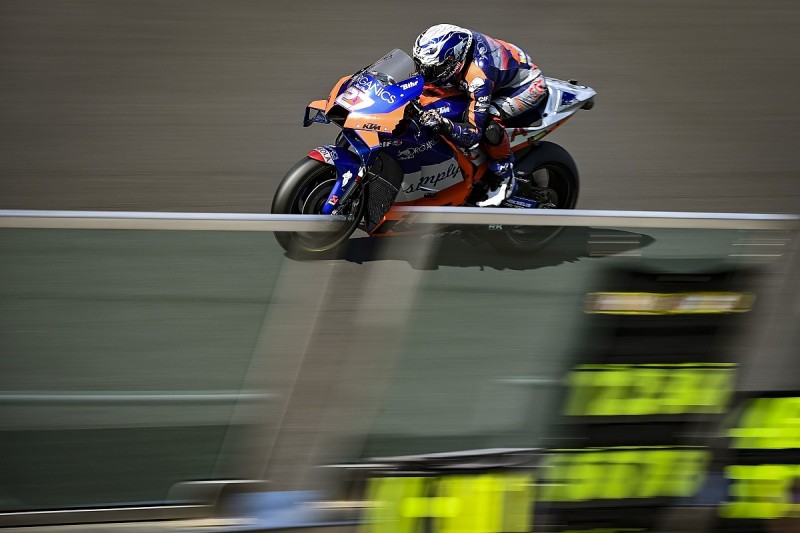 Dovizioso raced for Tech3 in its Yamaha days in 2012, scoring six podiums, with Poncharal confessing he has "so much respect" for the Italian.

But the Frenchman insists returning Lecuona to Moto2 in 2021 in favour of Dovizioso was never an option.

"Andrea spoke with KTM during the winter and they didn't manage to find an agreement," he adds.

"But then in August they [the media] were coming to me and I told everybody and the journalists, it's a lack of respect [these rumours].

"We have a contract signed with Iker and why should we tell him to go back to Moto2? Riders are not toilet paper that you take and throw away.

"We took him from Moto2, we took a big risk because it would have been easier to keep him in Moto2 one more year to try to win races and why not the championship, then move to MotoGP.

"So, he followed us, he trusted us and after a year where he started to show his potential, we tell him to go back to Moto2. Never.

"That would never happen with me and I am not glad that didn't happen because it was never going to happen.

"It was only some superstar media who know more than anybody, who were making their plans and thought that was going to be more exciting."