Valentino Rossi admits he is “worried” about his form on the Petronas SRT Yamaha compared to his factory counterparts, after qualifying 17th for the MotoGP Portuguese Grand Prix.

The Algarve International Circuit proved to be one of Yamaha’s weakest last season, with only Rossi’s new team-mate Franco Morbidelli on the ‘A-spec’ M1 having any decent form.

After registering his worst-ever qualifying result last time out in Qatar, Rossi’s form has failed to rebound much in Portugal after qualifying 1.1 seconds slower than poleman Fabio Quartararo on identical Yamaha machinery down in 17th.

It is understood Rossi has performance criteria in his current deal he must meet in 2021 before any discussions with Yamaha over 2022 can be had, with Rossi once again looking to make a decision on his future after the first six or seven races of the season.

Admitting his pace is “nothing fantastic” in Portugal, while both Quartararo and Maverick Vinales – as well as Morbidelli – displayed strong race pace in FP4, Rossi concedes his current situation is alarming.

“Yes, the two bikes of the factory team with Quartararo and Vinales are stronger than me, they are faster,” he said when asked by Autosport if his current form concerned him.

“So, yes, I’m worried especially because I expected – and I want to try – to be more competitive.

“But the only way is to work and try step by step to improve a bit.” 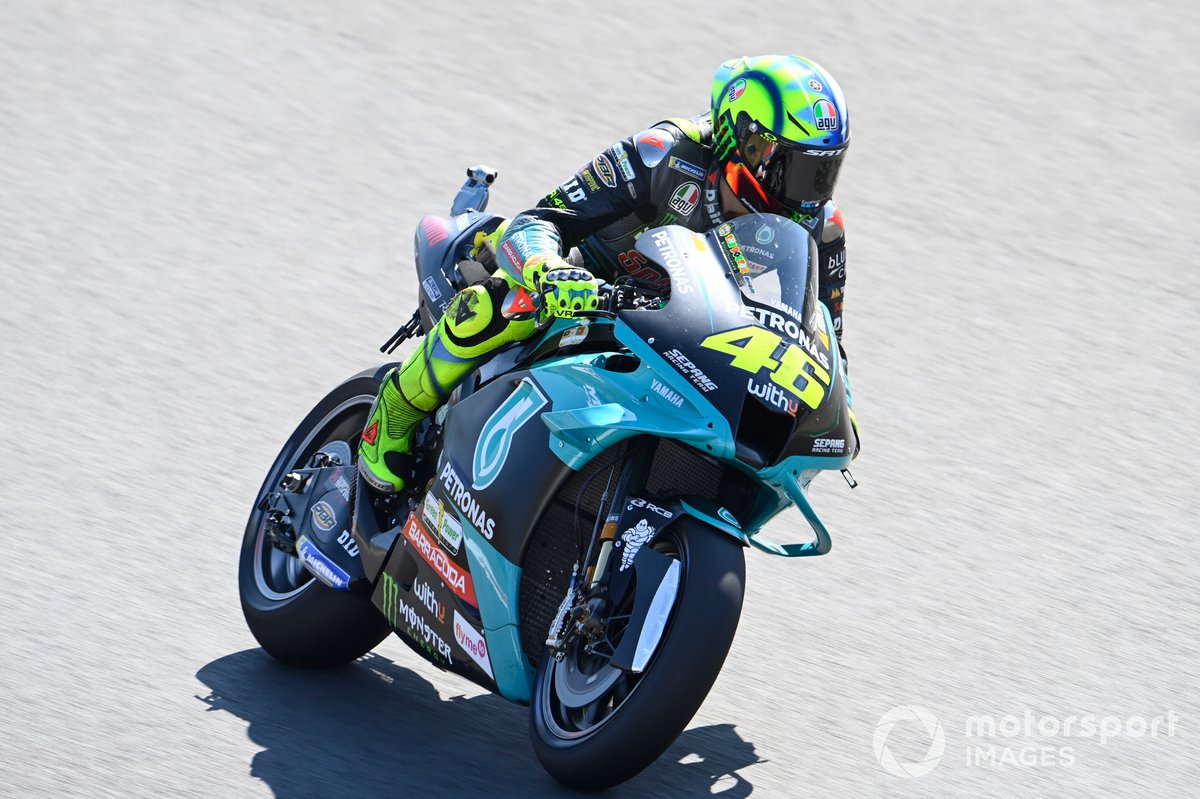 Rossi says he is marginally faster in Portugal this time around compared to 2020, but admits making major steps with the bike is proving difficult.

“But every race track is different. Here, compared to the second race in Qatar I am a bit better, but anyway I’m not in the top group.

“I’m a bit faster compared to last year during the practice, but anyway it’s not enough to fight for the good positions.

“So for sure tomorrow will be hard starting from behind, and my pace is nothing fantastic.

“But for the warm-up we can try something else and we hope to be a bit faster tomorrow.”