© 2021 Motorsport Network. All rights reserved.
TV Buy tickets Store
Previous / Polesitter Marquez: Iannone is faster than me, he can choose to win Next / Injured Cal Crutchlow to be replaced by Stefan Bradl at LCR in MotoGP
MotoGP / News

Rain throughout MotoGP qualifying at Phillip Island meant a fast lap was dependent on "big balls", according to Valentino Rossi

A downpour threatened as the Q2 session went green. It came after a short burst of rain put doubt in riders' minds regarding both tyre choice and grip levels.

While heavier rain never arrived, ongoing spitting made it difficult for riders to trust whether the track was fully dry in the middle sector of the fast corners.

Rossi, who ended up seventh, was quick to admit that he struggled with the conditions. He highlighted bravery as a key factor.

"It rained a little bit, you don't understand how much, and you had to go with the slick anyway and push 100%," he said.

"It wasn't easy. It's not my best conditions usually.

"It was a big risk. You had to be very, very brave. You go very fast and here at Phillip Island you never know how much rain [there is]. You have to enter [the corner] on the slick, and you don't know if it's dry or wet.

"You need to be very brave, to have very big balls."

Jack Miller, who was the best Ducati in sixth, said Turn 12 was the trickiest part of the lap when the conditions were mixed.

"It was scary, heart-in-mouth, putting your stuff on the table and see-what-you-got," he said.

"Going through the Hayshed with the bike shaking a little bit because it's slick coming out of [Turns] 6, 7... you've got to go through the next corner with some really high speeds.

"It gets the heart pumping, that's for sure.

"You have to grit your teeth and get into it.

"Turn 12 was the worst one," he added. "Just as I went in full angle and cracked the gas back on, it was a little bit slicker than I expected and I had to hold her up on the elbow for a good while, the leg came off and everything."

The fast circuit has already resulted in Cal Crutchlow seriously injuring himself. He is set to miss the remainder of the season after a nasty Turn 1 shunt on Friday. 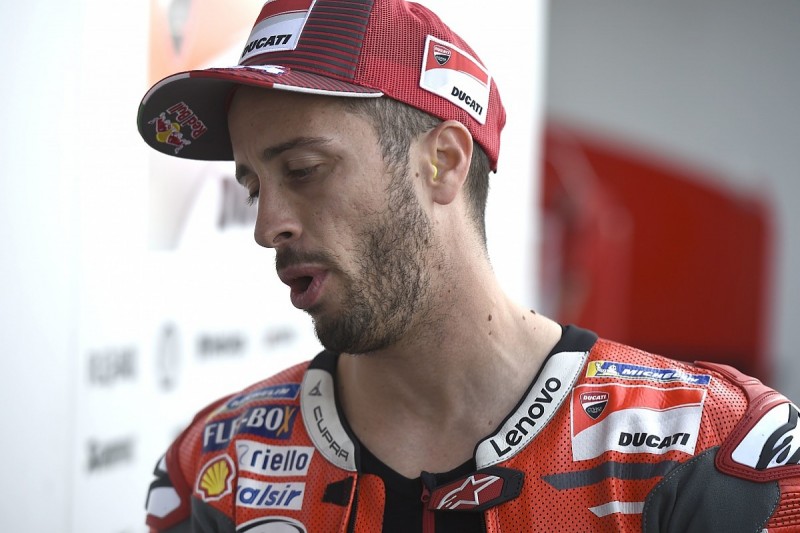 Andrea Dovizioso hinted that Crutchlow's crash added to the mind games during qualifying.

"It was very easy to make a mistake [in qualifying]," said the Ducati rider, who qualified ninth.

"There was a light rain in every corner but the asphalt stayed dry, but you can't know in the next corner if it's dry enough.

"You can see the [rain] flag, but if people have the flag, they decide. The risk, it was too much for me to really push like this.

"Unfortunately as you see, a lot of riders get hurt [at Phillip Island]. When you crash, it's easier to get hurt because you are going very fast.

"It was difficult not to think about that in qualifying."