Newly-crowned five-time MotoGP champion Marc Marquez has played down his chances of winning at Phillip Island despite qualifying on pole, instead naming Andrea Iannone as favourite

Despite Iannone setting a time 0.513s slower than Marquez's 1min29.199s benchmark, Suzuki has enjoyed a strong weekend at one of its best tracks.

The Italian topped second practice on Friday and FP4 immediately before qualifying, the latter by half a second.

"Iannone [is the favourite]. His pace is faster," said Marquez. "If Iannone is up to it, we don't win. If it's like today, he wins.

"If he does not improve more, that's where we have our options."

"Maybe there is Iannone, but then there are two or three riders. It will be difficult to manage the race and choose the tyre."

Alex Rins, who will start right behind his Suzuki team-mate in fifth, reckons Iannone is likely to drop back during the race.

"Let's see what happens, because Iannone in the races goes backwards," said Rins.

"Andrea always does the same thing: he goes very fast in practice and then in the race he falls down. 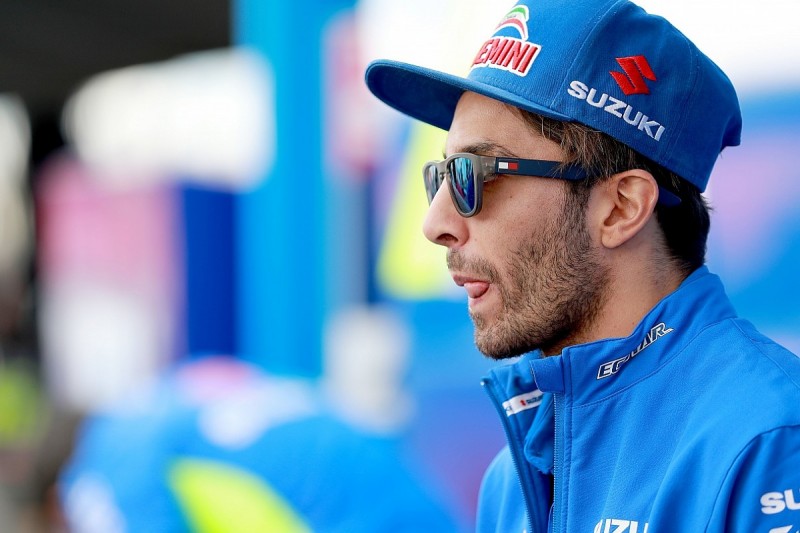 Responding to Rins' claims, Iannone replied: "Am I not fast in the race? We'll see tomorrow.

"It will be a battle between me, Marquez and Vinales, but surely there will also be Valentino [Rossi] and some Ducatis could get in. Rins is also able to do well when he has a tow."

Iannone was also "disappointed" not to wrap up pole, citing rain and being held up by Marquez and Rins as delays.

"Qualifying was not good for us, but we can't control the weather," he said. "It started raining and we entered [the track] immediately, but the track was a bit wet at Turns 3, 4 and 5.

"When I was pushing, I found Rins and Marquez who had slowed down and cost me time, so I went back to the pits to change the tyre too. When I got back on track it was raining more than before so it was impossible to improve."