Valentino Rossi says he did not have enough energy to score a home podium in MotoGP's Italian Grand Prix, as he "suffered more than normal" due to his motocross injury

Rossi sustained chest and abdomen trauma in a motocross crash last week, but had recovered enough to be competitive at Mugello, qualifying second on the grid.

He led in the opening laps and remained with the leading pack for almost the whole race, but eventually had to settle for fourth behind Ducati's Andrea Dovizioso, his Yamaha team-mate Maverick Vinales and Pramac Ducati rider Danilo Petrucci.

"For sure it's a great shame [to miss] the podium, because it's always a target," Rossi said. "But here in Mugello it's more important in front of all the crowd.

"Sincerely, I trusted I could do [it] because in practice I was fast.

"Inside of me I knew 23 laps would be difficult, because I suffered more than normal - in practice when you do four or five laps it's one story, you can recover, but more in a row is more difficult.

"Eight laps to go, I was already finished and I started to suffer more."

Rossi said Ducati enjoyed a grip advantage in the Mugello race, but insisted it was his lack of energy that prevented him from securing a better result.

"Today the Ducatis were very good because they could use the medium rear," he said.

"For us, with the Yamaha, we had to use the hard, with a little bit less grip.

"For me personally the problem was my physical condition."

He added that he considered it "a good race", having finished just 3.7 seconds behind the winner when "on Tuesday I thought maybe I cannot race". 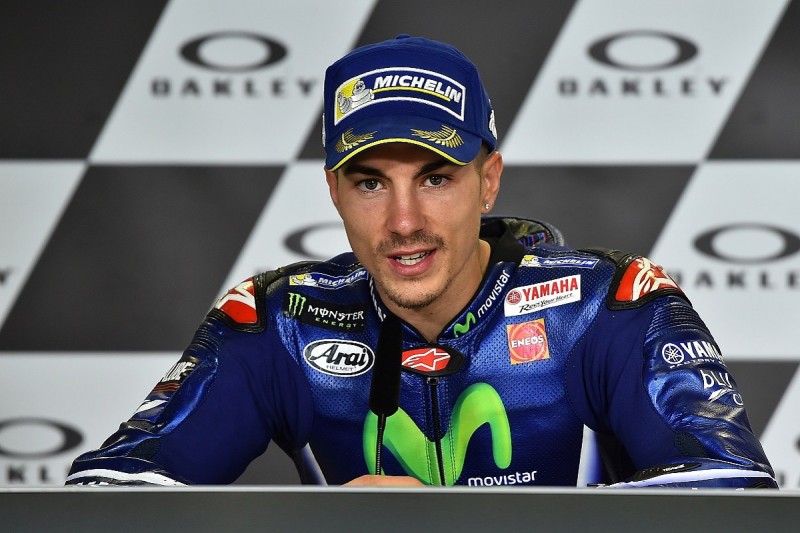 Team-mate Vinales continues to lead the championship, and suggested he had played it safe to take second behind Dovizioso at Mugello having had a heavy crash in Friday practice.

"Today was a difficult day after Friday afternoon's crash," he said.

"I was quite luckily to walk away with nothing serious.

"Today I tried in the beginning but Dovi was really strong today, he was giving his best.

"I am a rider that prepares for the last six/seven laps to push again but today, I thought a lot about the championship.