Brivio was Rossi's team boss at Yamaha until leaving at the end of 2010.

He believes the Italian's outbursts against Marquez on the eve of the Malaysian Grand Prix - in which he accused his Honda rival of deliberately hampering him in the previous race in Australia - should have been taken as a warning sign.

"First of all, I must say it's obviously easier to talk with the benefit of hindsight," Brivio told RAI Radio.

"In Australia you could get a bit of a glimpse of this anomalous behaviour. We perhaps only realised later, after analysing and reflecting a bit on what had happened.

"When on the Thursday before the race at Sepang Valentino Rossi had his outburst and denounced having seen something strange, that's when race direction or the organisers should have at least summoned Valentino to ask for an explanation as to why he had said those things, and then maybe summon Marquez too, in order to ask him what he thought of it. 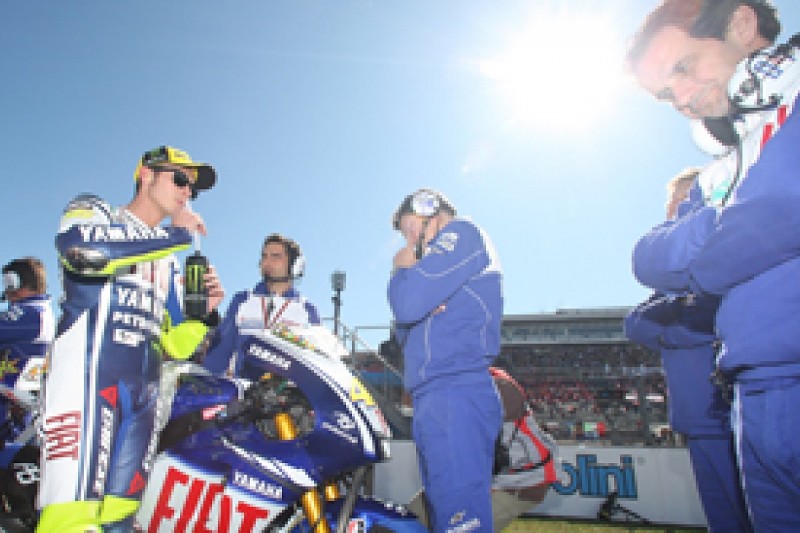 "At least they should have started to investigate and maybe caution the riders and tell them they would monitor them and [they should] try to avoid this thing if it was true.

"Nothing was done and everyone was let free until the race at Sepang, with that incident between Valentino and Marquez."

Brivio does not believe Rossi intended to take Marquez out when they came together in the Malaysian race.

"I'm absolutely convinced that Valentino didn't mean to make him crash," he said.

"He was pushing him on the outside a bit while trying to tell him 'let me do my race, what are you doing, let's just race, don't bother me'.

"Then the crash happened, race direction had to intervene, and we got that conclusion that followed at Valencia."

Rossi was adamant Marquez chose to "protect" leader Jorge Lorenzo at Valencia to ensure his fellow Spaniard won the title.

Brivio said he completely agreed with his former rider's opinion.

"It wasn't a Honda/Yamaha issue anymore, it was a matter of accomplishing the mission of not allowing Valentino to win the title, in my opinion," he said.

"I hope we can turn the page, forget about this and get back to the kind of racing we like.

"It has been a fantastic season, one of the best, with a fight that would have gone to the end, head to head, point by point.

"But it was a bitter finale for anyone who loves sport and especially MotoGP, because we weren't used to it.

"We were at most used to help between team-mates, in a reasonable way."