Valentino Rossi admits his first laps for Petronas SRT on the opening day of the Qatar MotoGP test were “strange”.

The nine-time grand prix motorcycle world champion made his on-track debut in SRT colours on Saturday at the Losail International Circuit as pre-season testing got underway, ending the day 14th with a best lap of 1m55.584s after 54 laps.

Remaining on a factory Yamaha contract and riding a fully works-supported M1 in 2021, Rossi says overall not a lot has changed – but admits his first run for his new team was odd.

“Yeah, this morning I was very excited because it was the start of a new adventure,” Rossi said when asked by Autosport if the first day of testing felt like starting from scratch.

“New colours, new team, new everything, and this gives me a lot of motivation and a lot of strength to work.

“[It] was strange at the beginning, the first exit, but at the end the bike is always my M1. So, also if she changes her dress the rest is the same.” 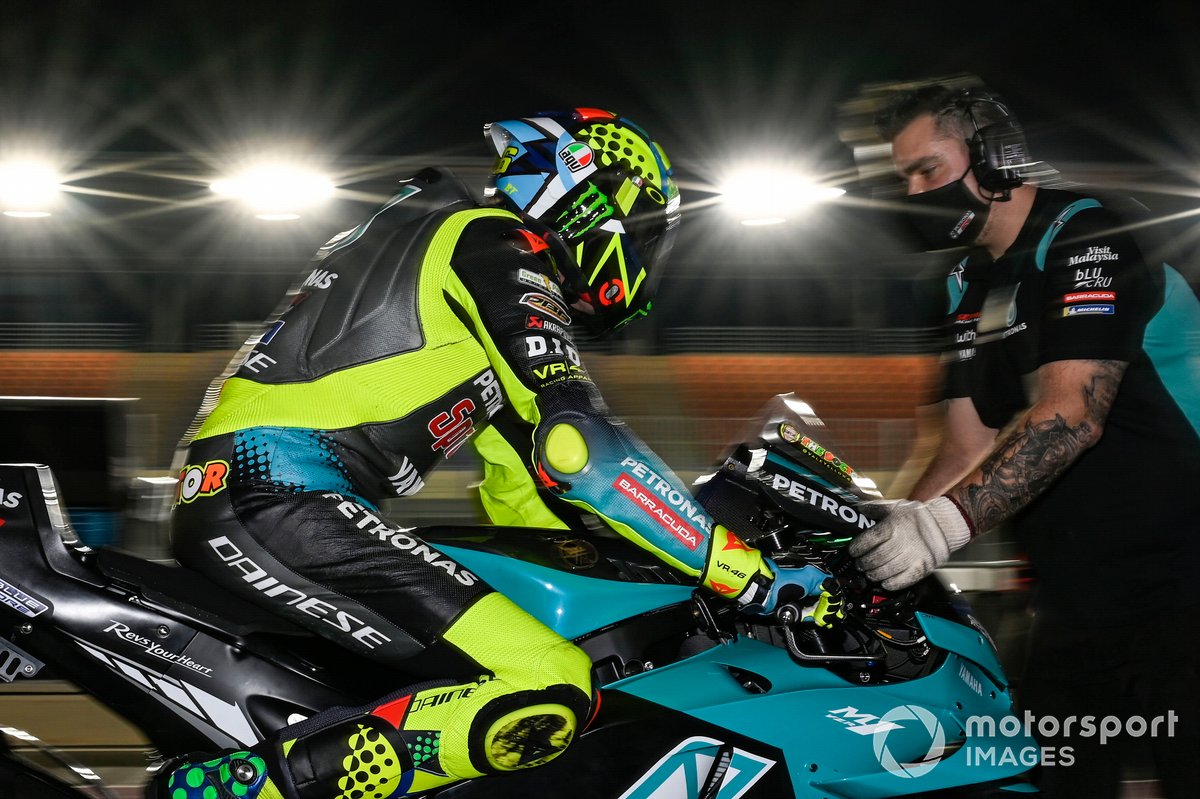 But speaking about his new crew, Rossi was enthused by what he saw even if he still feels “there are many things to fix”.

"I miss my Australian mechanics [Alex Briggs and Kiwi Brent Stephens] a lot, but I saw a great passion and a great desire,” Rossi said of his new crew.

“They are very good. They worked very well, and they worked hard, even if there are many things to fix.

“Then there are all the procedures to be discovered and it will be special even the first time we are on the grid together. We try to fix all these things, but they come with time.”

Rossi joins his protégé Franco Morbidelli at SRT in 2021, with the Italian taking seventh spot on the opening day of testing on Saturday.

When asked about sharing a garage with Morbidelli for the first time, Rossi says the triple MotoGP race winner is the “best team-mate” he could think of – but admits his pace today was “scary”.

“For me, Morbidelli, he is the best team-mate I could think of, because we know each other well, we are friends and we challenge each other at home with all types of bikes,” he added.

“He is scary, because even today he went very fast.

“But I am very happy to be in the team with him, because there is a special relationship. We hope to be both competitive.”