The fight for victory at Le Mans boiled down to a straight fight between the two works Yamaha riders in the closing stages, with Rossi passing long-time leader Vinales with three laps remaining.

Rossi was unable to shake off Vinales, and ran wide at Garage Vert on the final lap of the race to let the Spaniard through before crashing out at Turn 11.

A lap prior, Vinales had cut the Chemin aux Boeufs chicane while chasing Rossi, rejoining the track seemingly without sacrificing much time.

Rossi believes he could have avoided the error that ended up costing him the race had he been further in the clear.

"I did a very fast lap - I think 1m32.3s - but he cut the track in sector three and caught back up to me when I had a little bit of advantage.

"If I passed the finish line four tenths ahead, maybe I would not have made the mistake.

"The rules however are like this, and in any case I still made the error."

Asked if he regretted trying to catch up Vinales after running wide, Rossi replied: "There are days when you feel you can win and you have to try, otherwise you're not at peace with yourself.

"Today I felt [I could win] and I tried. It was a stupid mistake, but it was still a good weekend, because I've never been so strong on this bike." 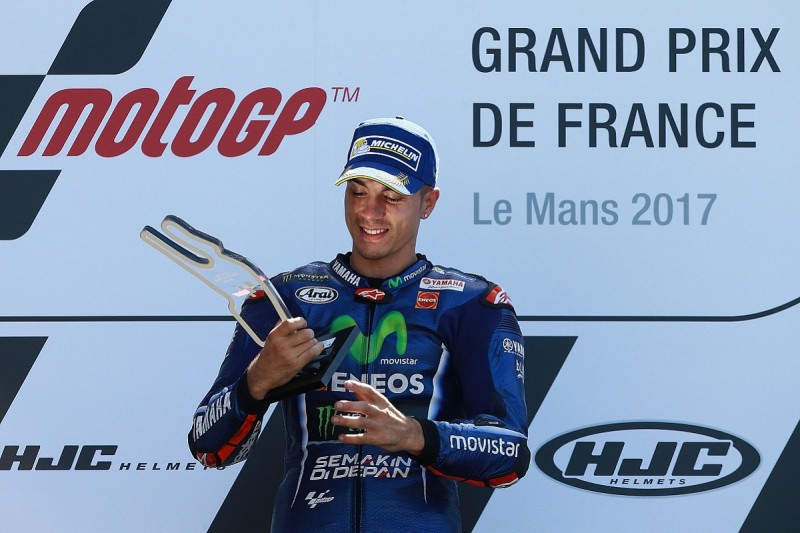 Vinales insisted he did not gain anything from cutting the track when asked about the incident by BT Sport.

"When I did that, I lost a lot of time because I was right on the back of Valentino and then I was half a second behind," said Vinales, whose Le Mans win propels him back to the head of the riders' standings.

"It doesn't change anything, because finally I entered [the final lap] more far [behind Rossi] than I was."