Rossi "didn't expect" COVID-19 to affect MotoGP so much

The coronavirus crisis forced the original MotoGP 2020 calendar to be cancelled, with organiser Dorna Sports putting a 14-race schedule in place focused on Europe which ran from July to November.

Despite case spikes in regions the series visited later in the season, MotoGP managed to get its full 14-race schedule in.

Rossi - who missed the Aragon double-header after testing positive for the virus - says the make-up of the calendar, with races held "in the wrong period" to normal and two rounds taking place at one circuit, had a bigger effect on the season than he anticipated.

"At the beginning of the season I didn't expect the COVID situation [would] affect the championship so much," Rossi said earlier this month in Valencia.

"But it's really difficult because we race in tracks in the wrong period of the season.

"Sometimes, like in Jerez it's too hot, some other times like at Le Mans it's too cold. But anyway, we have the same tyres of the normal season. So, it was very difficult to manage. 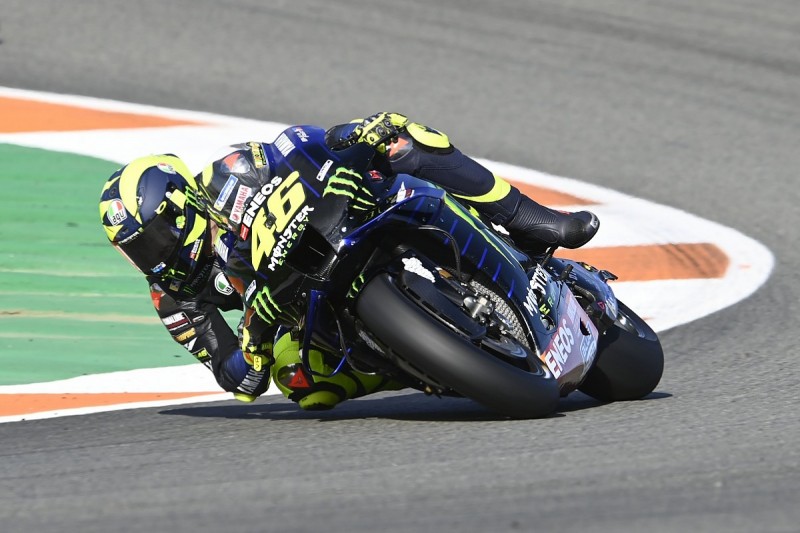 "Also, to race in just a small number of circuits and also race two times in a row in the same circuit is a difficult season for everybody.

"For sure we have to think it's like this or nothing, so it's better to race than nothing. But this situation had a big effect on the championship."

Rossi was one of several riders in the paddock to have been forced into a layoff because of COVID-19.

Pramac-bound Moto2 rider Jorge Martin had to miss the Misano double-header after testing positive for the virus, while Moto3 championship contender Tony Arbolino had to sit out the first Aragon round having come into close contact with someone on a flight who had the virus.

Numerous members of Yamaha's track team also had to miss races because of the virus late in the season.

Rossi ended his final season at the factory Yamaha squad 15th in the standings on 66 points having managed a best result of third at the Andalusian GP.

He will remain a factory-contracted Yamaha rider in 2021, but will join the satellite Petronas SRT squad alongside 2020 championship runner-up and his protege Franco Morbidelli.