Joan Mir won the premier class title for Suzuki for the first time since 2000 when he wrapped up the championship with a round to spare last month in Valencia.

Mir proved to be the most consistent force this season, scoring seven podiums from 14 races, with team-mate Alex Rins bringing Suzuki's haul up to 11 - both riders scoring one victory each.

Although Suzuki ended up third in the constructors' table behind winners Ducati and Yamaha, across the season team bosses and riders alike repeatedly called the GSX-RR the "perfect" bike.

When asked if these comments provided added pressure for Suzuki, Brivio said: "I don't know if it's a perfect bike.

"I think it has a very good balance in all the areas. Good engine, good chassis, good on the tyres... and it's a combination between the bikes and the riders, because also the riders learn.

"Alex was good already and Joan has learned how to manage the tyres, how to ride the bike in the best way.

"Whether it's the perfect bike or not, I don't know. It's never perfect.

"For sure, it's a well-balanced package. No, it was not [added] pressure if the other teams say that."

Suzuki is one of the smallest manufacturers on the grid and is the only marque along with Aprilia fielding just two machines currently, with Yamaha and Honda running four, and Ducati represented by six riders.

The brand followed in fellow Japanese rival Honda's footsteps in setting up its own racing division - the Suzuki Racing Company - in 2019 with its own budget. 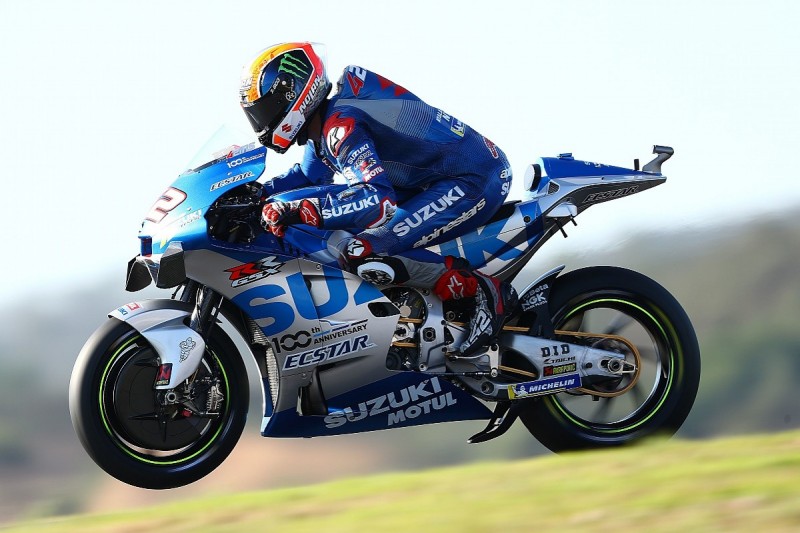 But Brivio concedes Suzuki's relative size to its rivals has forced it to be more "creative" with its MotoGP project over the years.

"Suzuki is a big company, I think it's in good health," he added.

"But the budget that we reserve to the racing is not as big as the other manufacturers probably.

"That's true, to not have unlimited resources or huge resources force you to be more creative, to try to think more.

"And for instance, in terms of staff we probably have less staff than others. Of course, sometimes we desire to increase the number of people.

"But on the other side maybe it makes less confusion. So, you have to find the right balance between having enough people and not too many.

"Let's say we are good. We have everything we need, and then there are some areas in the organisation we can probably improve.

"But in this moment with the COVID and everything we have to keep going, being steady and stable as much as possible."

Rossi "didn't expect" COVID-19 to affect MotoGP so much

Rossi would have stopped racing without Yamaha MotoGP return