Maverick Vinales’ decision to quit the factory Yamaha squad at the end of the current MotoGP season amid a strained relationship between both parties is set to open up at least one spot at SRT in 2022, with Franco Morbidelli the most likely option to replace him.

Should Valentino Rossi retire at the end of the year or move on to race his own VR46 Ducati – a possibility now as the alleged title sponsorship between Aramco and VR46 does not exist – SRT may need to find two riders for 2022.

Rea’s name has been mentioned alongside fellow WSBK riders Toprak Razgatlioglu and Garrett Gerloff, both of whom ultimately penning new Yamaha deals in WSBK.

Having contested two races in 2012 with Honda as Casey Stoner’s injury replacement, Rea has had several offers to move to MotoGP full-time since but none good enough for him to turn his back on title-winning machinery with Kawasaki in WSBK.

Signing a new multi-year deal with Kawasaki in 2020, which the team confirmed at the time would encompass at least two seasons, Rea hasn’t ruled out the possibility of switching to MotoGP next year with SRT should the opportunity arise.

“Yeah, it’s always [in my mind],” he said at Assen on Thursday when asked if he still thought about a move to MotoGP. 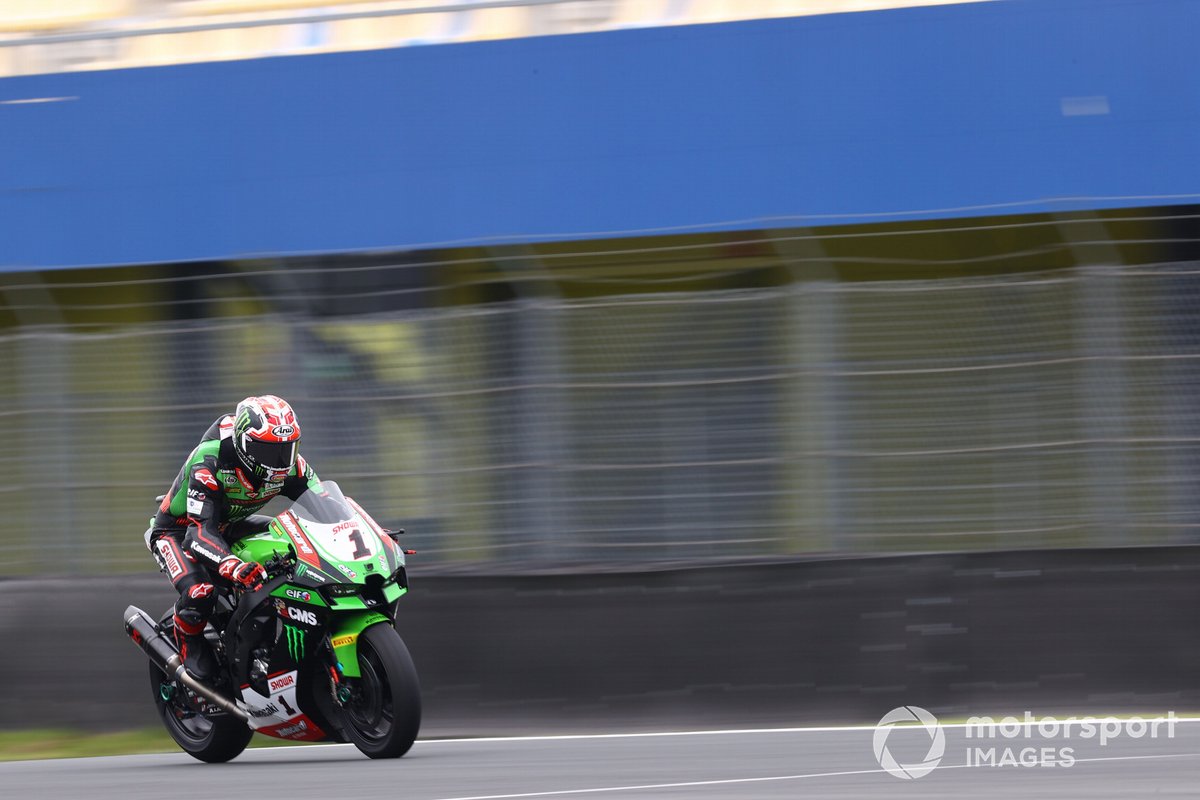 “I mean I’m riding the best ever, I’m really in the peak of my riding/life balance, everything. So, never say never.”

When asked if winning a seventh title in WSBK this year would tempt him to MotoGP, he replied: “Never say never.”

Rea also admitted he was “very surprised” that both Razgatlioglu and Gerloff elected to sign new WSBK deals instead of pursuing seats in MotoGP with SRT, noting he has “quite a strong opinion about it off the record”.

Gerloff – who stood in for the injured Morbidelli at Assen last month – says he didn’t have any offers to go to MotoGP before signing his new WSBK deal.

However, the door isn’t completely shut on the American racing in MotoGP in 2022 as his new WSBK deal to stay with Yamaha and its satellite GRT squad is said to have a clause that would allow him to exit the deal if a MotoGP offer does come his way.

“Well, I have no offer right now,” he said when asked why he wasn’t going to MotoGP.

“I didn’t have any offer. I mean, for sure it’s a difficult decision for the teams to have to make, but no, I had the [WSBK] offer from Yamaha and that was the only offer and I was more than happy to take it because I’ve been really happy with Yamaha and also really happy with GRT.

“So, for me as the only offer I was happy to take it.”