Rea and Kawasaki have had a stranglehold on WSBK since 2015, with Rea winning the title for the past three seasons and currently leading the 2018 standings by 92 points.

He was linked to a move to Suzuki in place of Andrea Iannone for this season, and said in May he was evaluating options in MotoGP for 2019, but ultimately agreed a new two-year deal with KRT.

Hodgson - who unsuccessfully returned to MotoGP following his WSBK title win in 2004 with the D'Antin Ducati - believes Rea would have to settle for a "B-team" if he were to go to MotoGP, and his reluctance to do so means his rivals are not even considered for grand prix rides as his dominance overshadows their talent.

"If you're Jonathan Rea, you have to take potentially a B-ride, not a full factory team, to earn less money doing more races, thinking 'if I do well this weekend, I can be fifth, or seventh'," Hodgson told Autosport.

"Or he can stay where he is, earn more money to do less races, 13 rounds instead of 19, with very little testing. When you look at it like that, it's a no-brainer.

"Don't get me wrong, if Honda or Ducati offered him a full factory contract offering decent money, he'd jump at the chance.

"But it's not happened. It's been B-teams that have offered him the opportunity, and the money he's been offered is potentially one-quarter of what he's earning in WSBK.

"No one [else in WSBK] is considered. If they can't touch Rea, why would we employ this person in MotoGP? Jonathan has almost created a block, but it's not his fault." 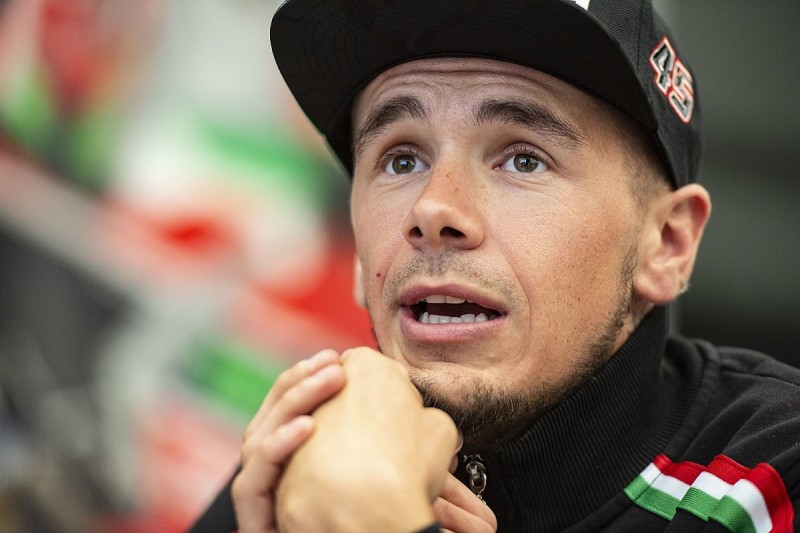 Hodgson, who is now part of BT Sport's MotoGP commentary team, also suggested Scott Redding would be better off returning to Moto2 than looking at WSBK when his MotoGP time ends after this year.

"The problem in WSBK is that there are no good rides available," Hodgson said.

"There's no point taking a bad ride. WSBK is very competitive and if he gets a B-ride, it means he'd be battling for 12th place every weekend, which is no fun for everybody.

"Whereas Moto2 is such a level playing field, especially next year with the change to Triumph, he wouldn't be at a disadvantage at all.

The comeback that sealed a motorsport legend