Quartararo not "obsessed” with Bagnaia fight in Algarve MotoGP

MotoGP world champion Fabio Quartararo says he’s “not obsessed” with engaging in a battle with Ducati’s Francesco Bagnaia at the Algarve Grand Prix this weekend, having led him in practice.

On Thursday Bagnaia said his target for the final two races following the end of his title hopes last time out at Misano was to have a proper on-track duel with Yamaha’s Quartararo.

The pair topped both sessions on Friday in Portugal, with Quartararo edging ahead in both outings – the world champion ending the day 0.132 seconds clear.

While a duel between the two is looking more likely now after Friday, Quartararo – though excited at the prospect of fighting Bagnaia – says it’s not his main focus.

“To be honest, I think that I’m looking forward too [to battling Bagnaia], but it’s not something I am obsessed [about],” Quartararo said.

“More than fighting, I want to just ride freely and fight until the end. But of course, it would be nice to fight with Pecco.”

Bagnaia says Friday already produced a “nice battle” on the timesheets as bother riders traded fastest laps, and hopes this continues into the race.

“It would be nice to continue like this,” Bagnaia said. 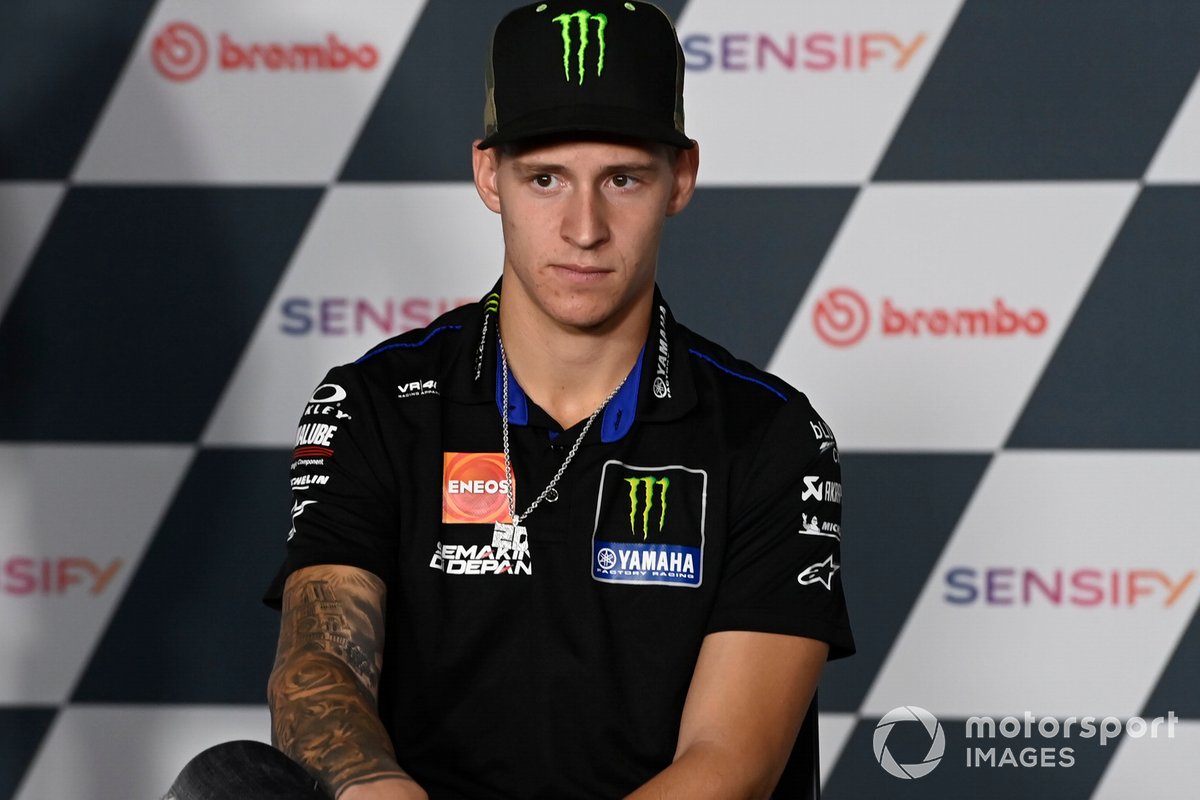 “It was nice to see a nice battle, and I would like that on Sunday it will be the same situation because I think my pace is one of the strongest in this moment like Fabio’s.

“I think we are the two strongest in this moment. But here in Portimao he won, so I would like to have a nice fight with him.”

Now free of the championship pressure, Quartararo admitted for the first time in his career he is able to ride free and says this is a “great moment” for him.

“Yes, [it] was really good,” he added when asked by Autosport if he was riding more freely now.

“Feeling super happy to ride and to think about nothing, being on the limit and I think this is a great moment of my career.

“It’s the first time I can really enjoy without having pressure, so I’m really enjoying a lot.”