A heavy thundery downpour at the end of the Moto3 session left the Red Bull Ring soaked for the start of the second MotoGP practice of the Austrian GP weekend.

Lecuona annexed the top of the timesheets for the first 10 minutes of the 45-minute practice, continually lowering the benchmark to a 1m33.892s.

Ducati’s Jack Miller – who won the flag-to-flag French GP in wet conditions earlier this year – took over soon after with a 1m33.372s before Lecuona was back on top with a 1m33.218s.

Over the next 10 minutes Miller, Lecuona and Honda duo Pol Espargaro and Marc Marquez took turns leading the timesheets as the track rapidly began to dry. 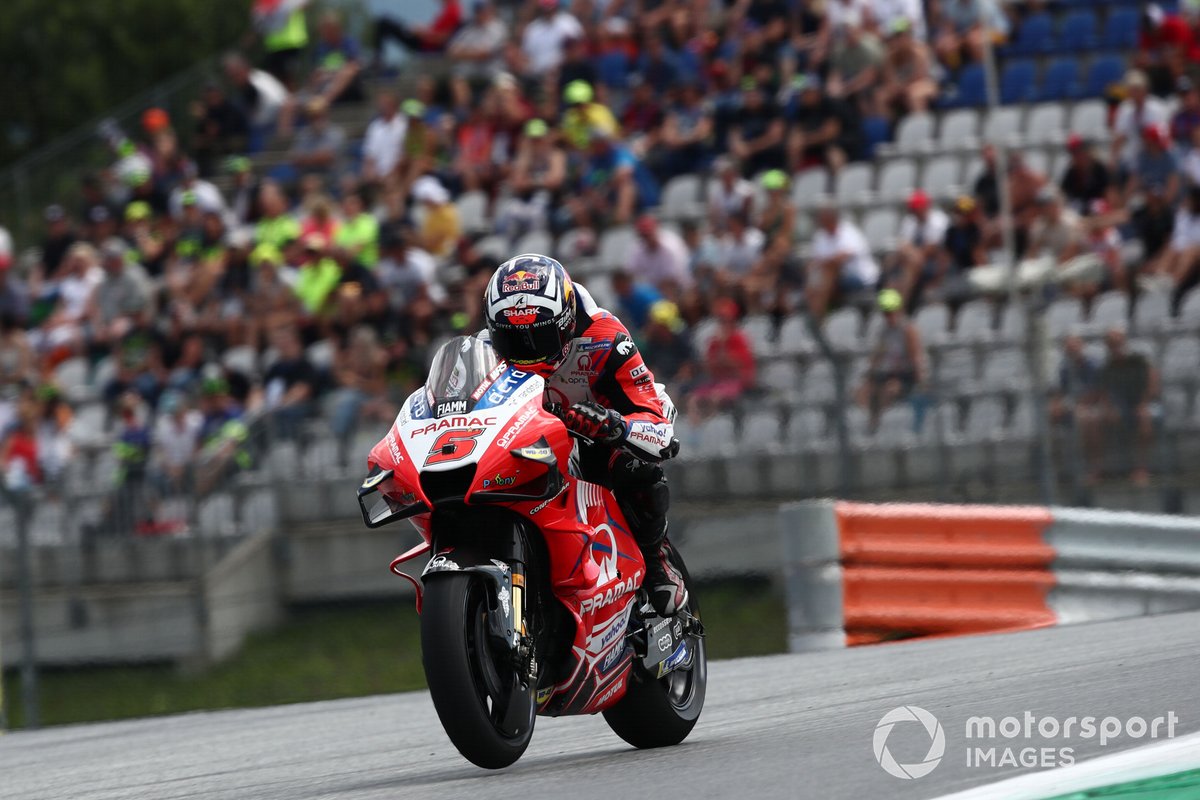 As a distinct dry line had appeared on circuit come the closing six minutes of the session, Lecuona was once again first to test the conditions by switching to slicks.

The Tech3 rider comfortable took over top spot from Marquez with a 1m30.490s, while Ducati’s Miller was the next to fit slicks.

As the chequered flag brought the session to an end, Lecuona fired in one last effort of 1m27.520s to end FP2 fastest of all by a comfortable margin.

Zarco – who topped FP1 and will remain fastest on combined times on Friday courtesy of his lap record of 1m22.827s – remained on wets through to the end of FP2 and was Lecuona’s nearest challenger, albeit over three seconds adrift.

Aleix Espargaro completed the top three on his Aprilia ahead of Marc Marquez and Miller, while LCR Honda’s Alex Marquez was sixth-quickest.

The sister factory Honda of Pol Espargaro was eighth behind Suzuki’s Alex Rins and ahead of championship leader Fabio Quartararo on the works Yamaha and the factory KTM of Binder.

Styrian GP winner Jorge Martin was 11th, while LCR’s Takaaki Nakagami was the last rider officially classified within the 107% time of Lecuona – such was the Tech3 rider’s advantage on slick tyres at the end.

With nothing to gain in FP2, Suzuki’s Joan Mir was second-to-last ahead of wet specialist Danilo Petrucci on the sister Tech3 bike.