Yamaha’s Fabio Quartararo branded his MotoGP Italian Grand Prix pole “one of my best laps of all time” and dedicated it to seriously injured Moto3 racer Jason Dupasquier.

The 19-year-old Swiss rider Dupasquier is in a “very serious condition” in hospital in Florence following a horrible accident during qualifying for the Moto3 race.

Quartararo admitted it was hard initially for him to regain his focus when the delayed FP4 session finally got underway following the accident, but would go on to claim pole with a new Mugello lap record of 1m45.187s.

“And actually, the first run I did a mistake on my first lap and here I feel like it’s only the first lap of the tyre that’s good on our bike.

“But probably it’s one of my best laps off all time and I want to dedicate this one to Jason.

“I hope we will have great news coming.”

Ducati rider Bagnaia – who qualified second – said on Friday he expected at least seven or eight riders will be able to battle for victory in Sunday’s 23-lap Italian GP.

Quartararo is expecting a similarly chaotic race, but is confident Yamaha will be in the mix from the start now it has a front holeshot device. 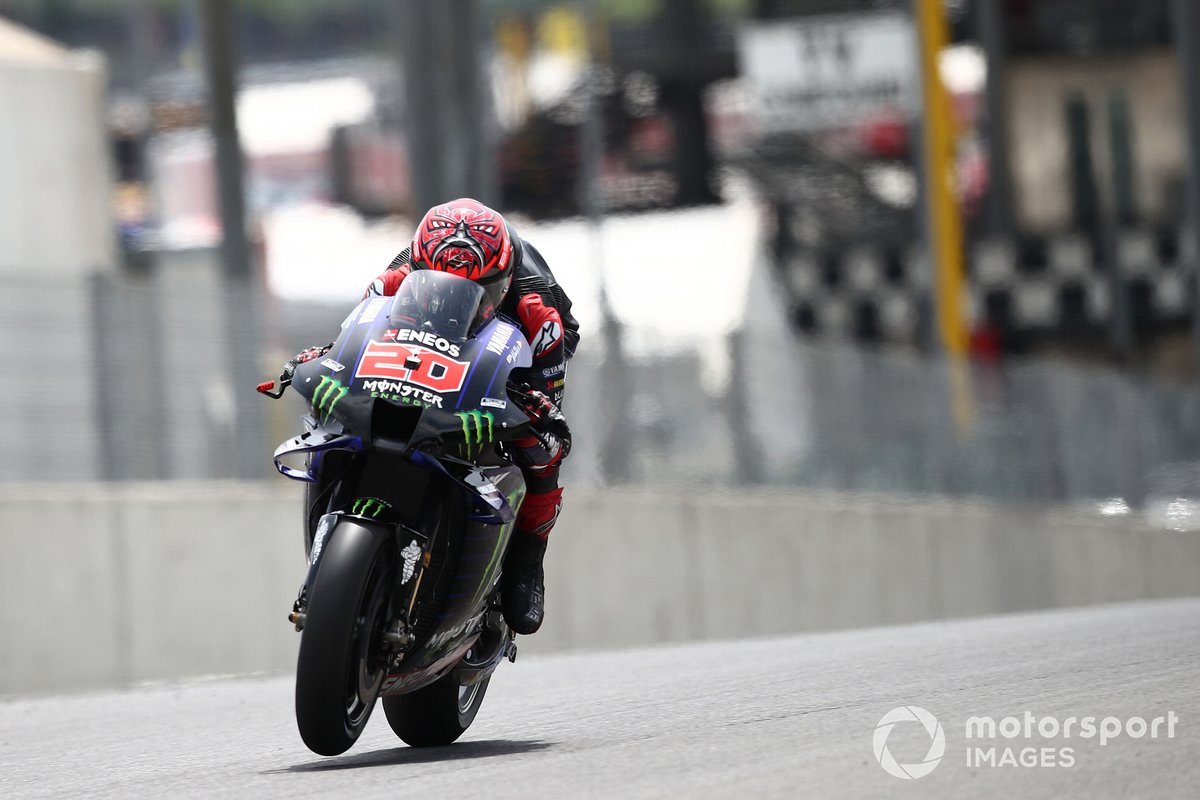 “Yes, too many riders with good pace actually,” he said when asked about the competitiveness of the field after FP4’s race running.

“But Pecco, Johann [Zarco], [Alex] Rins, myself I think we have a really great pace and I’m quite happy about the front device that we have.

“At the beginning in FP1 I was struggling a little bit to use it, also strange in the first braking because you feel like your bike is super low.

“But on qualifying I made a really great start and step by step we will take confidence, and I feel like for tomorrow’s start we can do something great.

“Conditions will change. Here we know after Moto2 race it’s the one track where conditions change a lot.”

Quartararo also offered his thoughts on the qualifying tactics of Marc Marquez against his Yamaha team-mate Maverick Vinales in Q1, believing the Honda rider’s actions were “borderline”.

Vinales has since said Marquez had nothing to do with his Q1 exit, while the Honda rider apologised for his actions.

“Was on the limit, honestly,” Quartararo said of Marquez’s tactics.

“This is not my job, I don’t want to judge anyone. But it was strange to see this image.”