The MotoGP field assembled ahead of the 23-lap race for a moment of silence to remember 19-year-old Moto3 racer Jason Dupasquier, who died from injuries sustained in a horrible crash in qualifying on Saturday.

The drama of the race started before lights out, when Avintia rookie Enea Bastianini ran into the back of Johann Zarco as he warmed up his brakes on the grid on the warm-up lap.

This left Zarco with some tail unit damage while Bastianini was forced to miss the race, but the start wasn’t delayed as a result. Race Direction will investigate the incident after the race.

Bagnaia grabbed the lead on the run into San Donato at the start, but poleman Quartararo didn’t get swallowed up into the pack thanks to Yamaha’s new front holeshot device.

The power of the Ducati meant Quartararo couldn’t do much to keep Bagnaia in reach on the 1.1km front straight as they started lap two.

Behind them, Honda’s Marc Marquez made contact with KTM’s Brad Binder and crashed at the Poggiosecco right-hander – with Petronas SRT’s Franco Morbidelli dropped to the back of the pack having been forced to run off the track to take avoiding action. 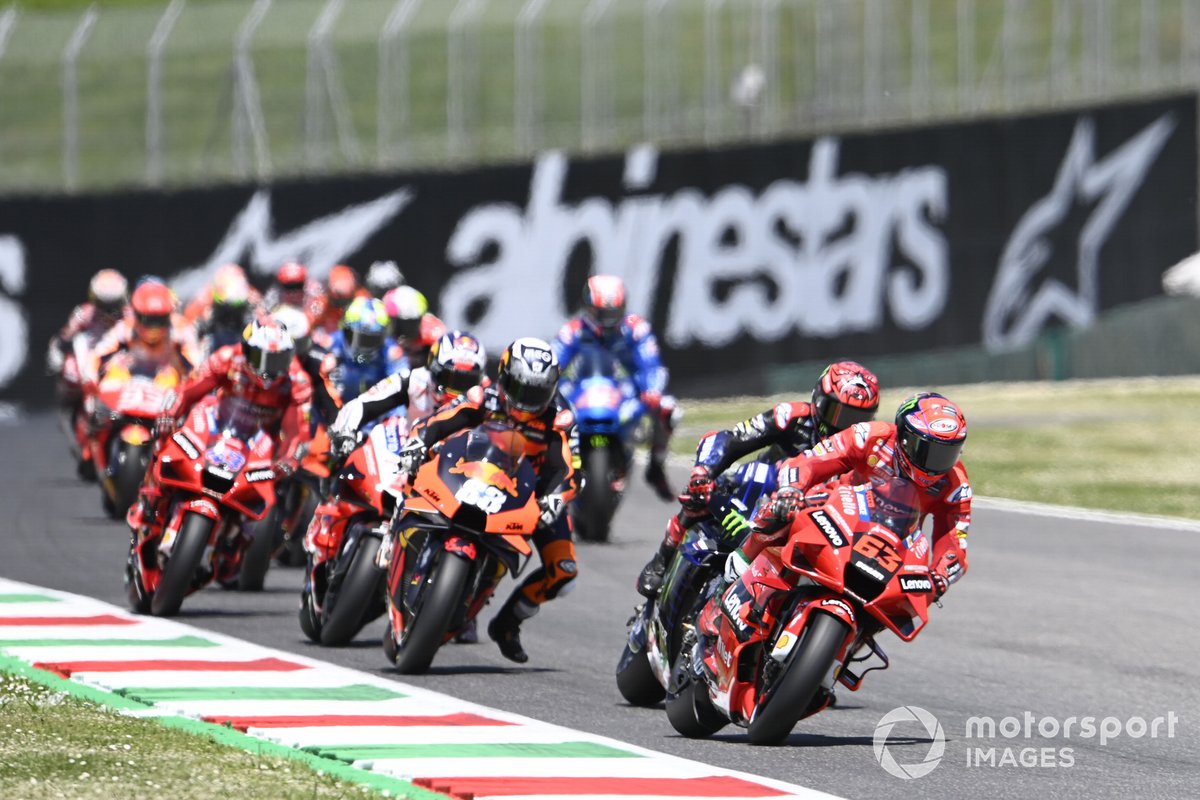 Francesco Bagnaia, Ducati Team leads at the start of the race

Quartararo did have to engage with Pramac’s Johann Zarco over laps three and four, with the Yamaha rider executing a decisive move at Poggiosecco.

From there, Quartararo steadily built up his lead with a searing pace, with the Frenchman coming under no threat to the chequered flag three seconds clear of the rest to claim his third win of the 2021 season.

Zarco held onto second until lap 16, when KTM’s Miguel Oliveira came through, while the Pramac rider would soon come under threat from the Suzukis behind.

Alex Rins and Joan Mir engaged in a tight tussle over fifth spot in the early stages, but strong late pace put them into podium contention in the closing stages.

World champion Mir scythed past Zarco at the Palagio left-hander to steal third on lap 17, with Rins demoting the Frenchman further on the following tour at the Saveli left-hander.

But having crashed out of strong positions in the last three races, Rins’ miserable run continued when he slid off at the last corner on lap 19.

Over the final lap Mir closed down the resurgent KTM of Oliveira but could do nothing to get ahead of the Portuguese rider.

Oliveira was demoted from second to third for marginally exceeding track limits on the exit of the Borgo San Lorenzo right at Turn 5 on the last lap.

However, Oliveira’s second was reinstated after Mir was deemed to have also exceeded track limits at the same place on the last lap. 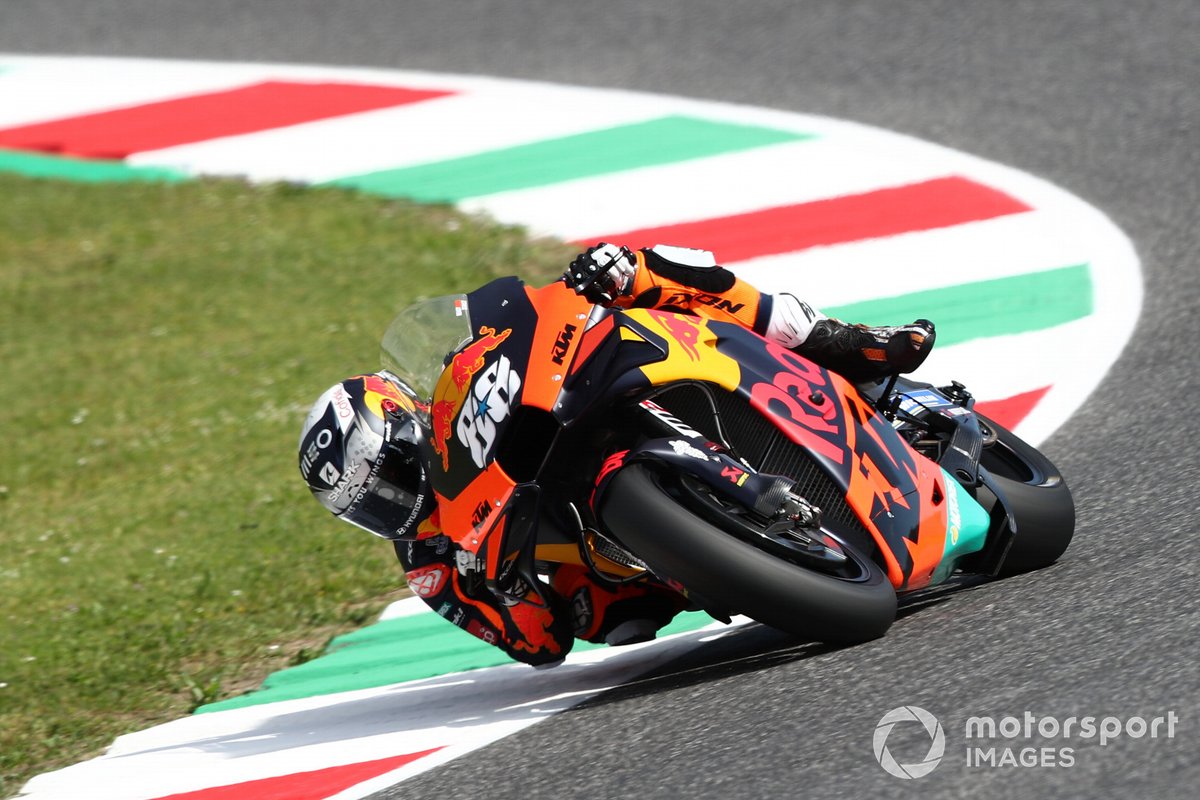 Zarco held onto fourth, 1.3s clear of Binder, while the sole remaining factory team Ducati of Jack Miller was only sixth.

Aleix Espargaro was seventh on the Aprilia ahead of a struggling Maverick Vinales, the Yamaha rider forced to recover from 16th after a poor start.

Danilo Petrucci was ninth on the Tech3 KTM ahead of Valentino Rossi on the Petronas SRT Yamaha, with Iker Lecuona (Tech3) getting the better of Honda’s Pol Espargaro in 11th.

Takaaki Nakagami was a late crasher on the second LCR Honda.

Quartararo’s victory now lifts him 24 points clear of Zarco in the standings, with Bagnaia now 26 adrift after his crash.

Quartararo: Mugello win “not a great feeling” after Dupasquier death