The Yamaha rider was one of several late on in this afternoon’s second practice at Mugello forced to abort fast laps due to encountering a high volume of traffic.

Quartararo – who was fourth overall on Friday - conceded this kind of behaviour is acceptable in a qualifying situation, but shouldn’t be the case in practice and especially not at such a fast track like Mugello.

“Yes, I made a lap but honestly, I don’t know how because there was many riders in sector one, sector three, sector four,” Quartararo said when asked by Autosport about the traffic problems he encountered in FP2.

“I’ve been overtaking people, even if they are late going to the right [of the track].

“But let’s say this is a fast track, we are going so fast and it’s not… let’s say it’s FP2, we can’t see in FP2 many people waiting like that.

“So, I mean, for me it’s pointless to do this at the moment.

“But it is what it is and I hope it will change soon.

“But if we do that in qualifying, I can understand, but not right now.” 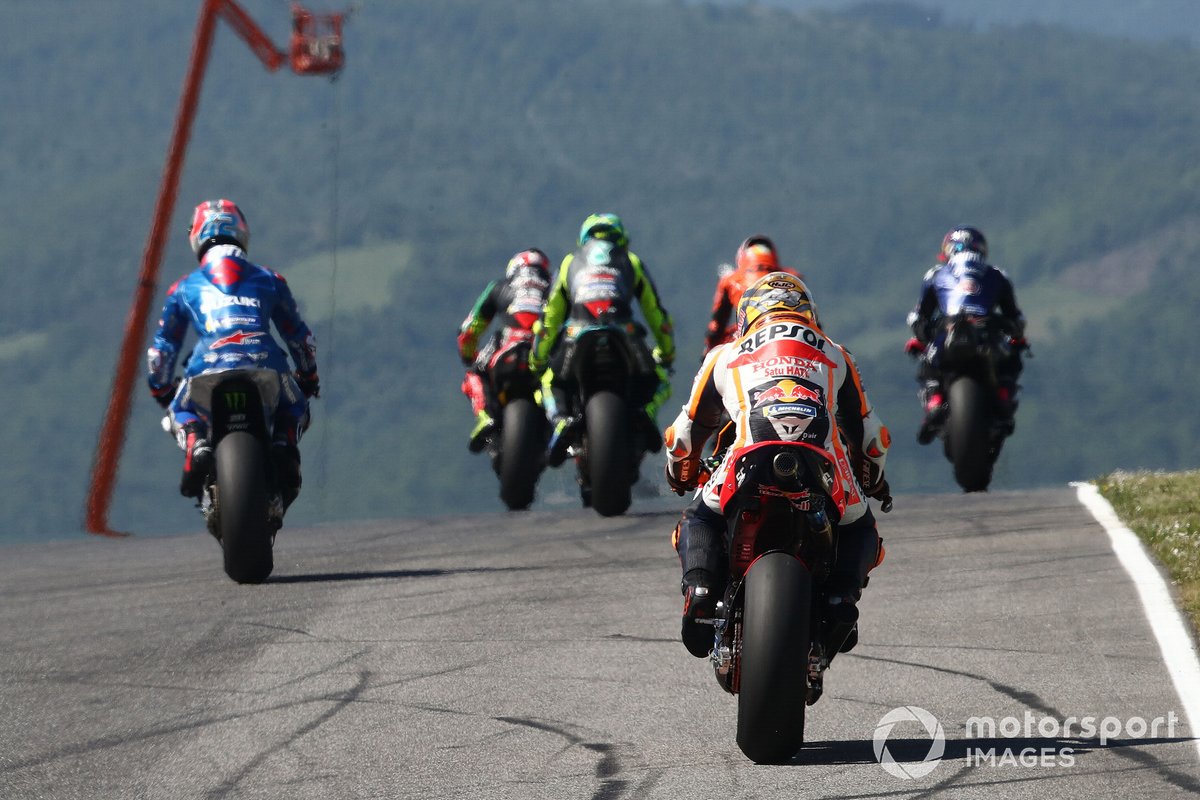 Touring is something that in the lower classes – particularly Moto3 – has been clamped down heavily on in recent years, with harsher penalties such as pitlane starts handed out to riders for what is deemed “irresponsible riding”.

When asked if MotoGP should adopt a similar approach, Quartararo said: “For me, what the guys do in Moto3 and Moto2 to start from pitlane because they stop [on the racing line in sessions] or whatever, I mean why not [have those penalties] in MotoGP?

“We are all the same, we are racing in the world championship.

“Yes, it’s a different category but we are riding faster than them, it’s more dangerous.

“So, for me it should be the same as Moto2 and Moto3. Every time I’m doing a lap, I’m not disturbing anyone.

“For me, in qualifying it can happen, but not during FP2 being in the middle [of the track] on the last laps.

“On the last laps is where you are really on the limit and you find everyone in the middle [of the track].

“So, I think it’s not fair and dangerous.”