Vinales, who went quickest in this test last year before winning the season-opener at the same venue from pole, has endured a troubled run in winter testing at previous venues Sepang and Buriram.

But he was back on top form at the Losail track on Thursday, securing first place courtesy of a 1m55.053s effort that came towards the end of a packed 64-lap programme.

Outside of the top 10 for much of the day, Vinales vaulted to the top spot with just under two hours left on the clock, surpassing Jorge Lorenzo by 0.370 seconds.

Vinales didn't improve on that time, and his advantage shrunk to just 0.051s by the end, as Lorenzo's Ducati team-mate Dovizioso had slotted into the runner-up spot.

Tech3 Yamaha's Johann Zarco made up a top four split by just 0.133s, while Lorenzo's earlier pacesetting time left him fifth at the chequered flag. 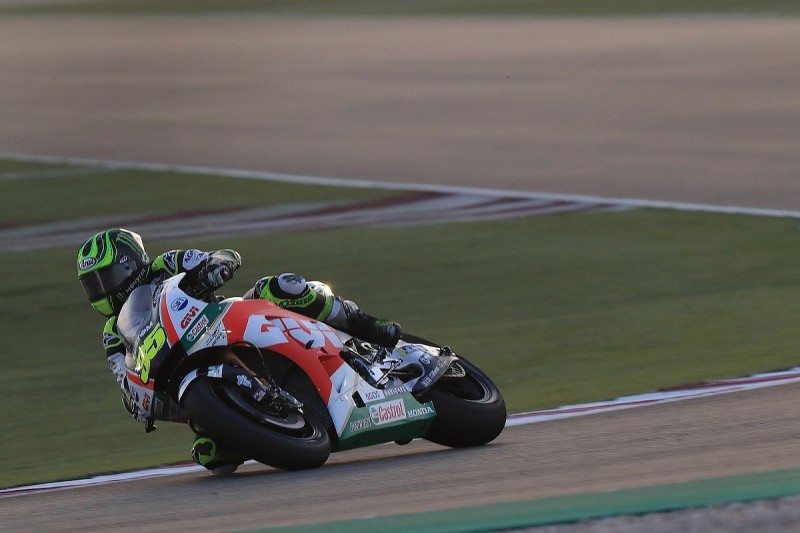 Yamaha works rider Valentino Rossi had headed the field halfway into the eight-hour session, but ended the day 0.009s behind Lorenzo - with Suzuki's Alex Rins equalling the seven-time premier-class champion's time late on.

Avintia Ducati's new rider Tito Rabat - 16th-fastest on the day - was also among those to suffer a fall, but led the field in mileage with 69 laps.

Aprilia newcomer Scott Redding, who was off team-mate Aleix Espargaro's pace in the two preceding tests, was the lead RS-GP in the classification this time, finishing nine tenths behind Vinales in 15th.

KTM's efforts were spearheaded by the returning Pol Espargaro, who took 19th, 1.2s off the pace.

Confirmed by Tech3 for the full season after his Sepang test debut, Hafizh Syahrin ended the first day in Qatar 22nd - just 1.7s behind Vinales.