MotoGP has confirmed that a second Portimao race will effectively replace the Australian Grand Prix at Phillip Island on the 2021 schedule.

It was confirmed earlier today that neither of the Formula 1 or MotoGP Australian GPs will take place this season, with both the events cancelled.

MotoGP has now confirmed two changes in the wake of the Phillip Island round cancellation.

The first is that the Malaysian GP has been moved into the old Australian GP date, 22-24 October, which puts it a week after the Thailand Grand Prix.

Portimao, meanwhile, has been drafted back in for a second time this season, with the circuit set to host the Algarve GP on the 5-7 November. The season will then conclude at the Valencia GP on the 12-14 November.

According to Dorna Sports CEO Carmelo Ezpeleta, the expectation is that Phillip Island will return to the schedule for the 2022 season.

“We are very sad to announce that we won’t be able to race at the stunning Phillip Island Grand Prix Circuit in 2021," he said.

"One of our truly emblematic venues that always delivers incredible racing, it’s a favourite for fans worldwide and everyone in the paddock.

“Unfortunately, we will have to wait another year to return to Victoria, but we very much look forward to seeing the Australian fans in 2022 and staging another fantastic event together – this time with two home heroes, Jack Miller and Remy Gardner, on the premier class grid when we return.” 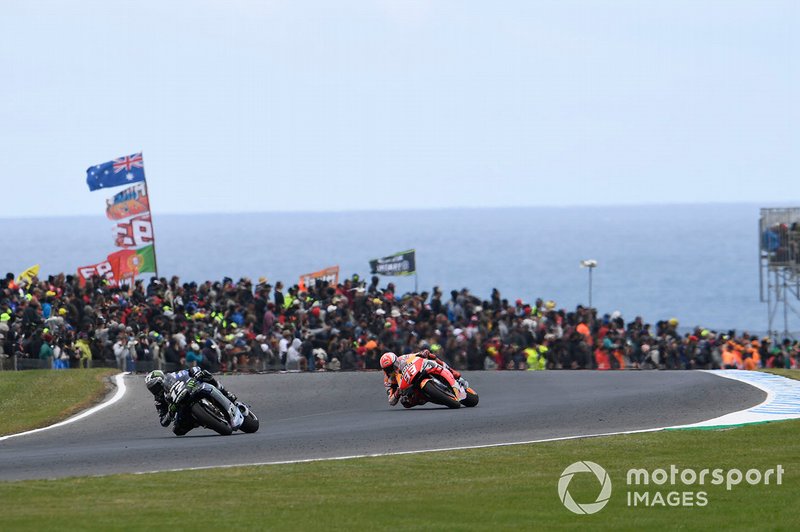 MotoGP has already visited Portimao this season back in April, when the circuit hosted the opening European round after the Qatar double-header, with Yamaha’s Fabio Quartararo taking victory ahead of Ducati’s Francesco Bagnaia.

The Algarve circuit made its debut on the MotoGP calendar last year, hosting the 2020 finale, as part of the reshuffled schedule due to the revisions enforced by the COVID-19 pandemic. That race, which took place in late November last year, was won by Miguel Oliveira for Tech3 KTM.