The Tech3 rider led every lap of Sunday's finale on Oliveira's home turf at the Algarve, winning the race by 3.1s - though he led by well over four seconds in the latter stages of the race.

This was Oliveira's second win of the season following his shock Styrian GP triumph, and admits his emotions after Sunday's race were different to those he felt after his maiden victory.

"Yes, long, that would describe it well," Oliveira said of his race.

"I had different emotions because in Austria it was a last-lap overtake and I was there in the podium, the emotion is different, a lot of adrenaline.

"Here there was no battle, I started first and finished first and was about managing the emotions throughout the race and to be able to do it is quite nice." 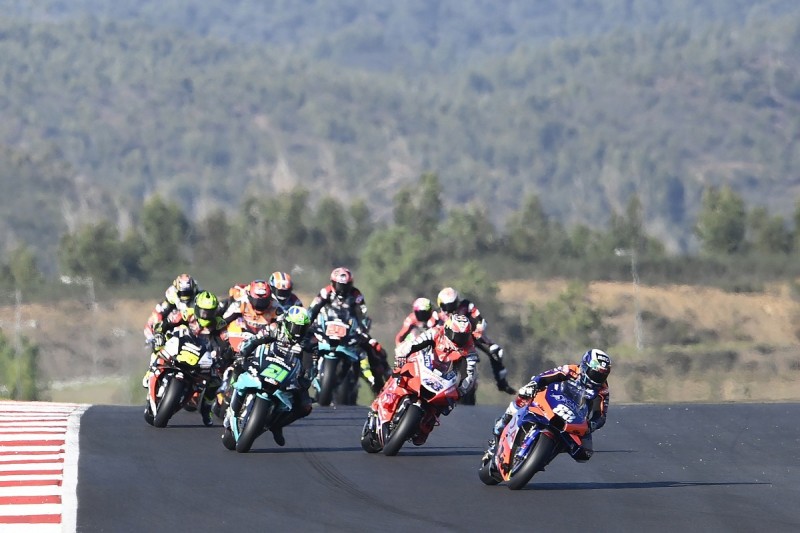 Oliveira's advantage after two laps was already up to 1.5s, but he admits he didn't look at his gap for the first three tours and was anticipating someone lunging up his inside.

"I didn't want to look at the board for the first three laps," Oliveira added.

"I just wanted to be able to do my pace and my lines and try to see anyone would go for a lunge on the inside or something like that.

"Already in my first lap I was 1m40.0s and I thought that would be a good reference to see how much further I could go, how much faster and how much slower.

"Then I had one and a half second lead and from that point on I just tried to extend it a little by little and get to the last 10 laps with a little bit of a gap to manage."

Oliveira's ends his sophomore campaign ninth in the standings and just 14 points from third-placed Alex Rins on the Suzuki.

The 2020 season featured nine different winners and five first-timers, with the Portuguese race featuring an all satellite podium for the first time since 2004.

Oliveira admits this has made managing race weekends "more unpredictable" and expects things only to get harder in 2021 when he steps over to the factory KTM squad. 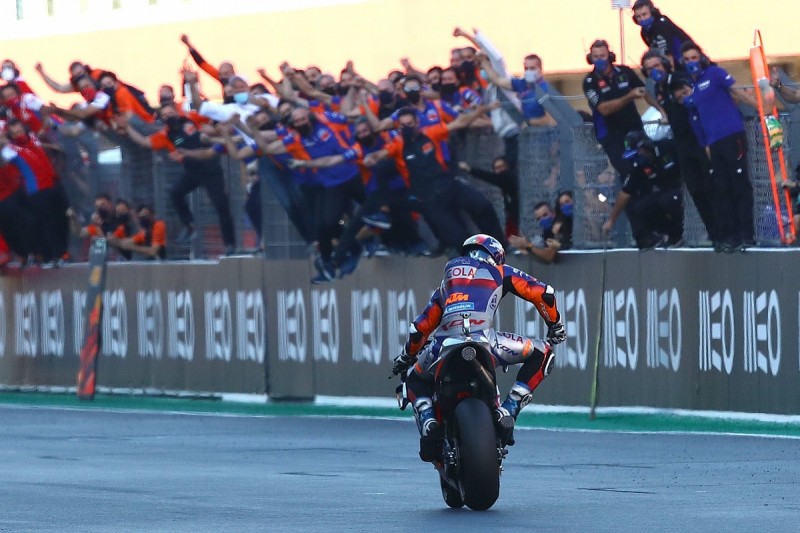 "You could see now factory and satellite teams winning races, being on the podium and it becomes a lot more unpredictable to manage the race weekends.

"One thing is for sure you need to be on your best every time and I predict next year it's going to be even harder to stand out and beat the leader, but I can be wrong."