Honda's RC213V bike has struggled on acceleration and straightline speed in the recent years, and the marque tested several engine specifications in the off-season to address its weaknesses.

The new spec was used by LCR rider Crutchlow to great effect in Argentina - as he slipstreamed past Tech3 Yamaha's Johann Zarco to win the race and take the championship lead.

"The Honda is a good bike but the engine last year was not as fast as this year," Crutchlow said after the race.

Crutchlow said his Honda "murdered" Zarco's Yamaha on the back straight during his pass for victory, but did insist there was a negative point to the new engine. 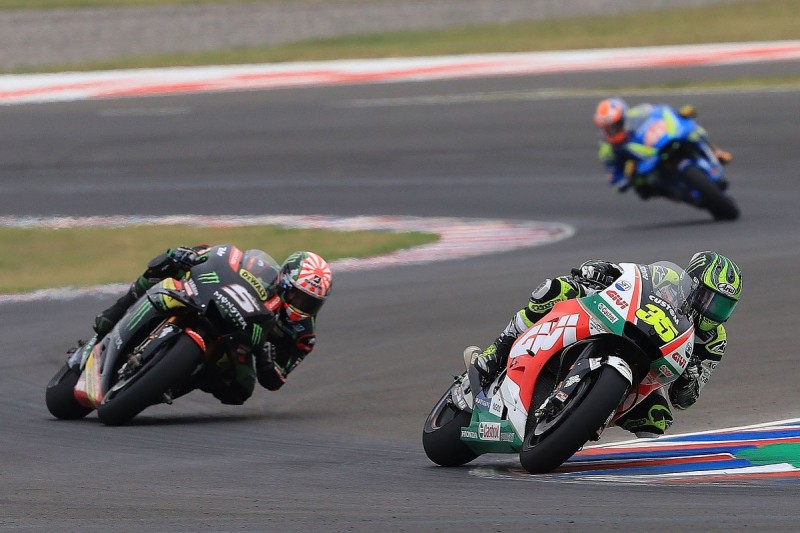 "It also comes with its downside because the bike is so difficult to ride," he said.

"We have to manually ride the bike a lot, and with more power it makes it even harder again.

"We have to take less risks in the corner, but in change of direction, corner to corner, the acceleration is actually harder than last year.

"Just on the straight we obviously have more power, you can see I was able to be competitive and go past Johann with ease when I needed to.

"But this is just a tool - I still don't think we have the fastest bike on a straight line and we continue to work as a manufacturer, riders and team, to make the engine and the bike stronger again."

Crutchlow qualified only 10th for the Argentina race, but he insisted that he believed a win was on the cards.

"Honestly speaking, yeah, when I sat on the grid I thought it was possible to win the race," he said.

"I came to Argentina believing that I can be on the podium or be able to challenge for the win.

"Sure, Marc [Marquez] had to pit [to serve a penalty] and it would have been more difficult with Marc riding because he was so fast this weekend in every condition."