The Honda rider first moved to the top of the order when he set a 1m29.873s right after a red flag to repair the tyre wall at Turn 6 following falls from both Alvaro Bautista and Sam Lowes.

Marquez then improved with a 1m29.497s at the beginning of the final hour, the time leaving him almost half a second clear of the field, and proving strong enough to hold off a flurry of improvements inside the final couple of minutes.

One of those late improvements was Rossi, who went from outside the top 10 with under two hours to run to second in the final moments.

The Yamaha rider jumped up to fifth with a 1m30.305s, was shuffled back to sixth when Andrea Iannone improved two minutes from the end, and then improved to a 1m29.684s to slot in behind Marquez.

That relegated Iannone to third, the Suzuki rider having been back in 13th before his late run catapulted him to the sharp end. 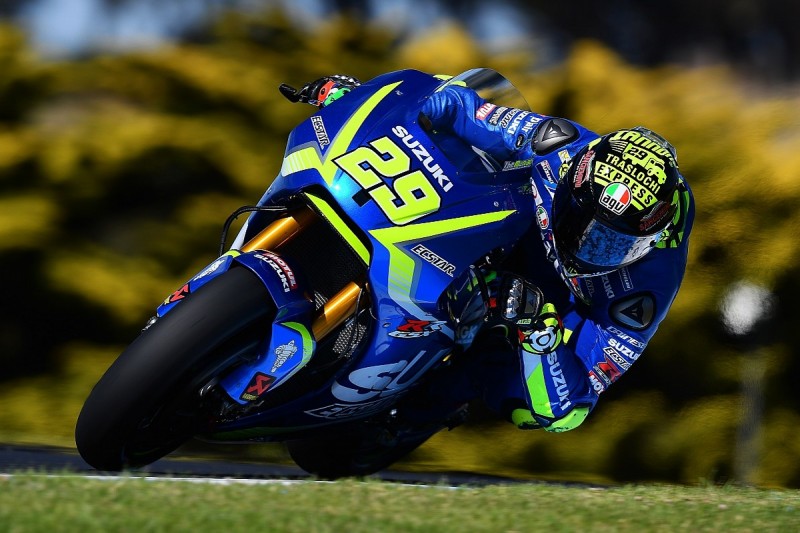 Cal Crutchlow, who won the 2016 race at this track, also failed to improve at the end, dropping from third with 10 minutes to go to fifth in the final standings.

Danilo Petrucci moved to fifth with two minutes to go, which dropped Dani Pedrosa down to seventh and Andrea Dovizioso down to eighth.

Jack Miller climed from from ninth to seventh with a 1m30.426s late in the day, only to be dropped back to ninth in the last-minute reshuffle.

Jonas Folger wound up 10th on the Tech 3 Yamaha, one spot clear of Ducati's Jorge Lorenzo.