Though Honda had an ostensibly troubled first test at Sepang a fortnight ago and did not top the timesheets until the opening day of this week's Phillip Island running on Wednesday, Rossi is adamant Marquez has looked the man to beat throughout testing.

Rossi believes Marquez's speed on old tyres is more significant than the headline times his new Yamaha team-mate Maverick Vinales has been setting.

"Vinales was very strong in Valencia and Sepang but if you check the times deeply Marquez was faster in Valencia, in Malaysia and today," said Rossi.

"So I think that he's the man to beat.

"On pace he's always very constant and they work very much for the race with used tyres. I think he's the reference."

Asked if he thought Marquez's downbeat comments about the Honda were deliberate understatement, Rossi suggested the reigning champion was trying to lure his rivals into complacency.

"You always try to say a little bit less or make it more negative because you always want to be the surprise in Qatar.

"Seriously I already know that he's the fastest." 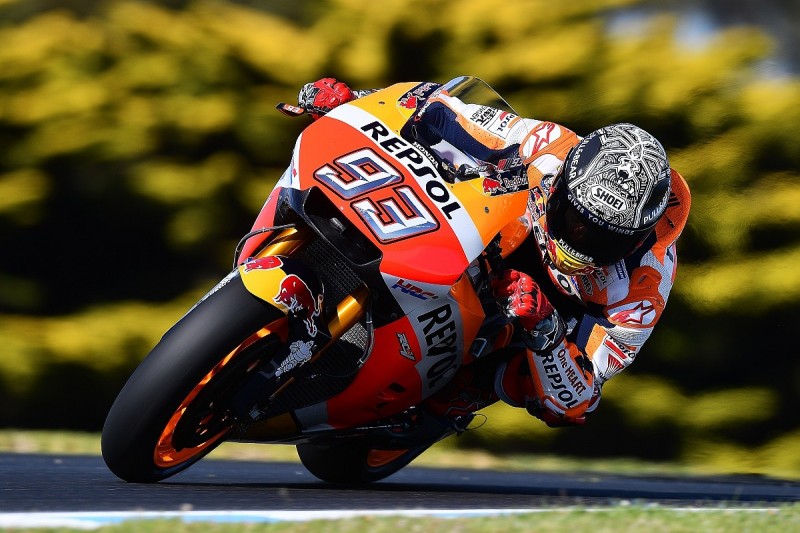 Rossi ended the first day of testing in Australia second to Marquez, which he felt was a reasonable result after a tough start to the day.

"We started quite badly this morning and suffered a bit too much," he said.

"I didn't have a good feeling with the bike and every time I tried to push I didn't feel good.

"In the break we checked the data and the team worked well to improve the bike a lot and in the afternoon I was more competitive.

But he believes Yamaha's long-run pace is still a weakness.

"We have a lot of work to do especially for pace with used tyres," he said.

"We have to work on the bike because first of all we still don't understand it 100% to find maximum potential.

Vinales, who was fourth quickest behind his Suzuki replacement Andrea Iannone, agreed with Rossi that Yamaha needed to be better at looking after its Michelins over a race distance.

"For sure I want to try to get more from the tyre life," he said.

"We're going to try tomorrow to improve that area."