Several MotoGP riders have called for more to be done to stop “embarrassing” incidents of people touring on track to look for a tow in qualifying sessions.

The problem of riders backing off and waiting for faster competitors to come by, before latching onto the back of them and taking profit of the slipstream, has been a constant problem in Moto3 and prompted the introduction of harsh sanctions to combat this.

But the problem has also plagued many MotoGP sessions, including Q1 at the Americas Grand Prix on Saturday.

Suzuki’s Alex Rins, who made it through Q1 along with poleman Jorge Martin, says MotoGP must get stricter on this problem to act as an example to the other classes.

“It’s unacceptable,” Rins fumed having been affected by traffic in qualifying.

“We are the big boys, we need to give example to the others.

“I don’t have words to describe the feeling. I was in pushing in Q1, then four or five riders in front stopped.

“It makes no sense, it’s so dangerous. They need to do something.

“I was thinking now maybe for the qualifying time, five seconds between one rider and the other rider. Like this it’s more difficult to close the throttle, or at least you can see who is the guy who closes the throttle and penalise him.

“We are MotoGP riders, not Moto3. We talk every safety commission about this and every race is it’s the same.” 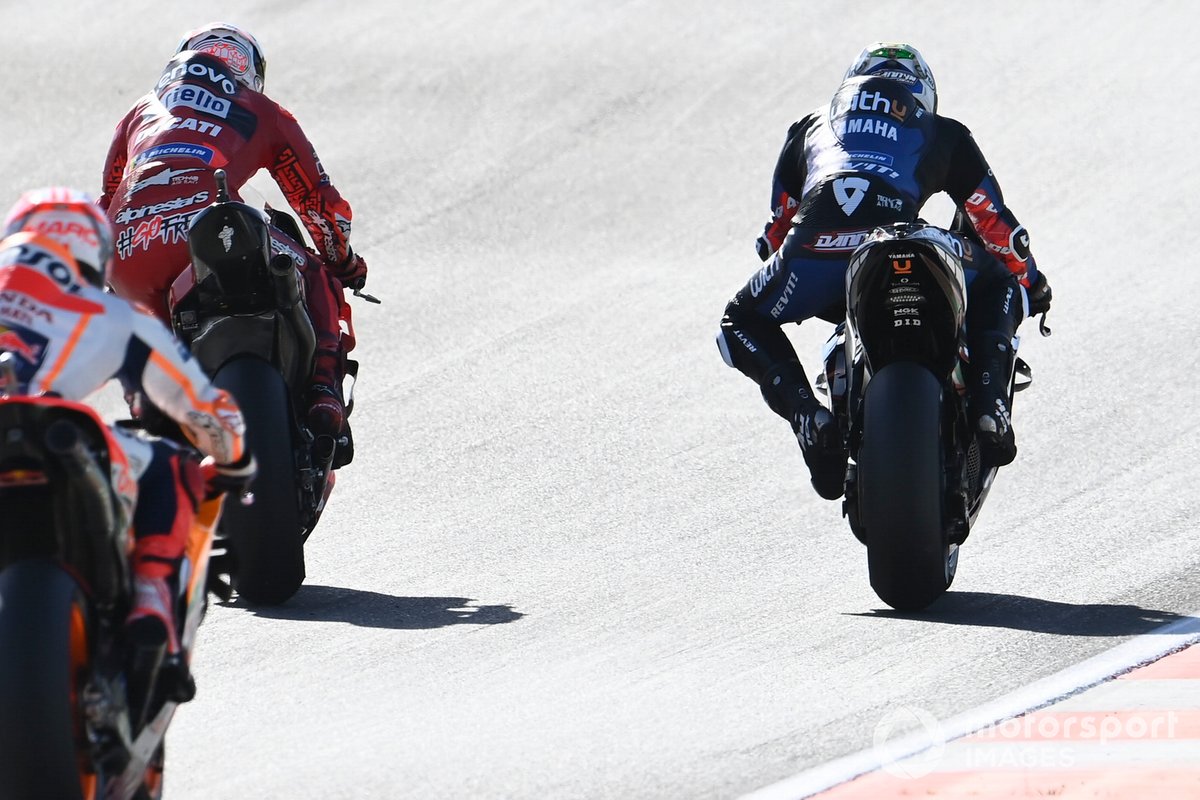 Aprilia’s Aleix Espargaro was also hindered by this in Q1, taking aim at “embarrassing” antics from LCR Honda’s Alex Marquez, but also conceded he shouldn’t have let it detract his focus and lead him to the crash which left him 13th on the grid.

“I have to say that today was my fault, because I’m in a very good position leading, feeling good with the bike.

“So, I cannot lose the focus. I need to be more focused, do my job.

“But I mean, man, if it’s a rookie who is waiting, everybody did it [in the past]. But with Alex Marquez, factory Honda, three or four years in the class, waiting for me in FP4, waiting for me in Q1, and when I saw him stop behind me with the second tyre I was like ‘come on’.

“It’s not that I don’t want him to steal my lap time, because I knew that he is stronger.

“But to listen to a bike beside you [it’s distracting], I tried to change the plan. I started immediately in the beginning with Franco [Morbidelli], I gave him free space and then I changed tyre.

“I started with the second tyre when it was still seven minutes to the end to avoid the traffic. Then he was waiting in the garage for me, so I became crazy.

“But again, I need to control this more. I cannot control him or his team. So, I need to be more focused because I think a part of this crash was because I lost the focus.” 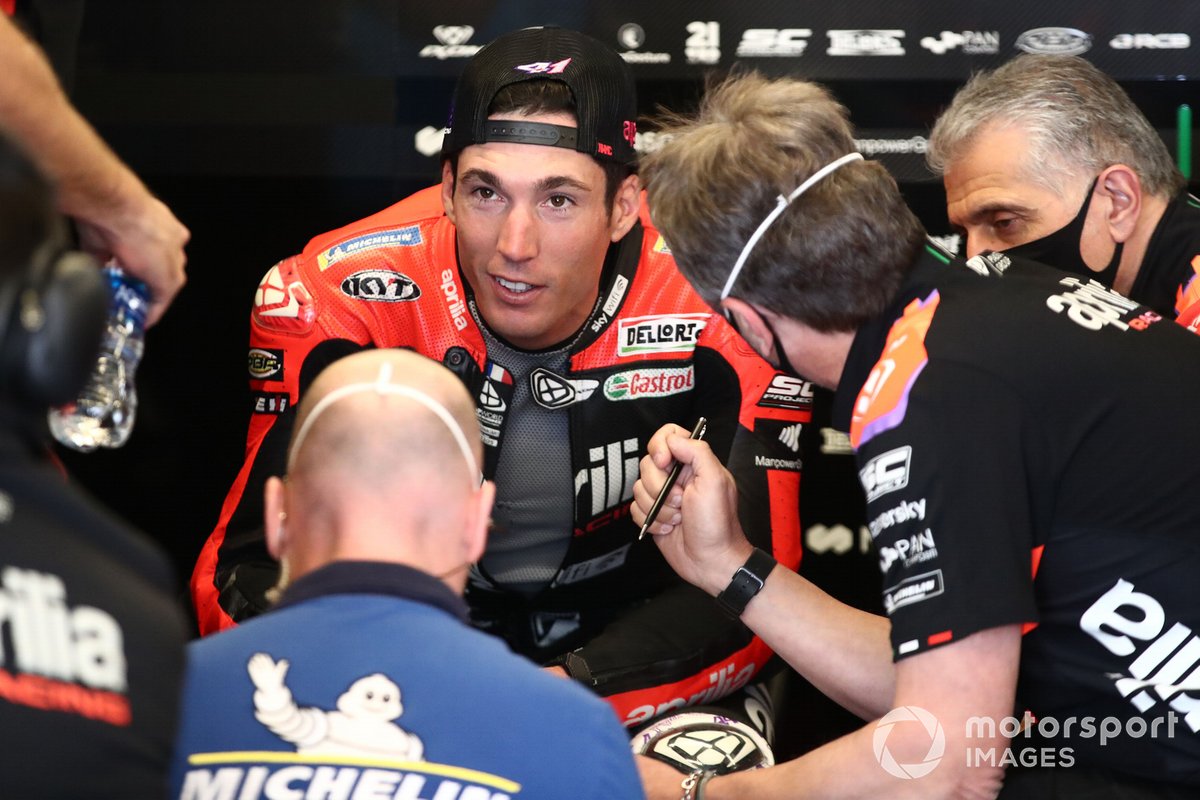 Suzuki’s Joan Mir says riders deliberately slowing and looking for tows “can be dangerous” and wants the issue once again raised in the safety commission.

“That’s why you have to do a strategy trying to be alone or following something from the back, just one, because if you start to play there you can lose the opportunity to make a good qualifying.

“Maybe you lose a little bit more performance when you are not following. But it’s true you get an advantage and the people in qualifying want to do it.

“I don’t like it because sometimes it’s dangerous. But in the safety commission we need to talk about it.”

Honda’s Pol Espargaro, however, believes it is simply part of the game and sees no issue with it in general.

“Well, this is part of the job,” Espargaro stated.

“We are tighter and tighter, closer and closer to each other and just one tenth can solve the situation [if you need to improve]. 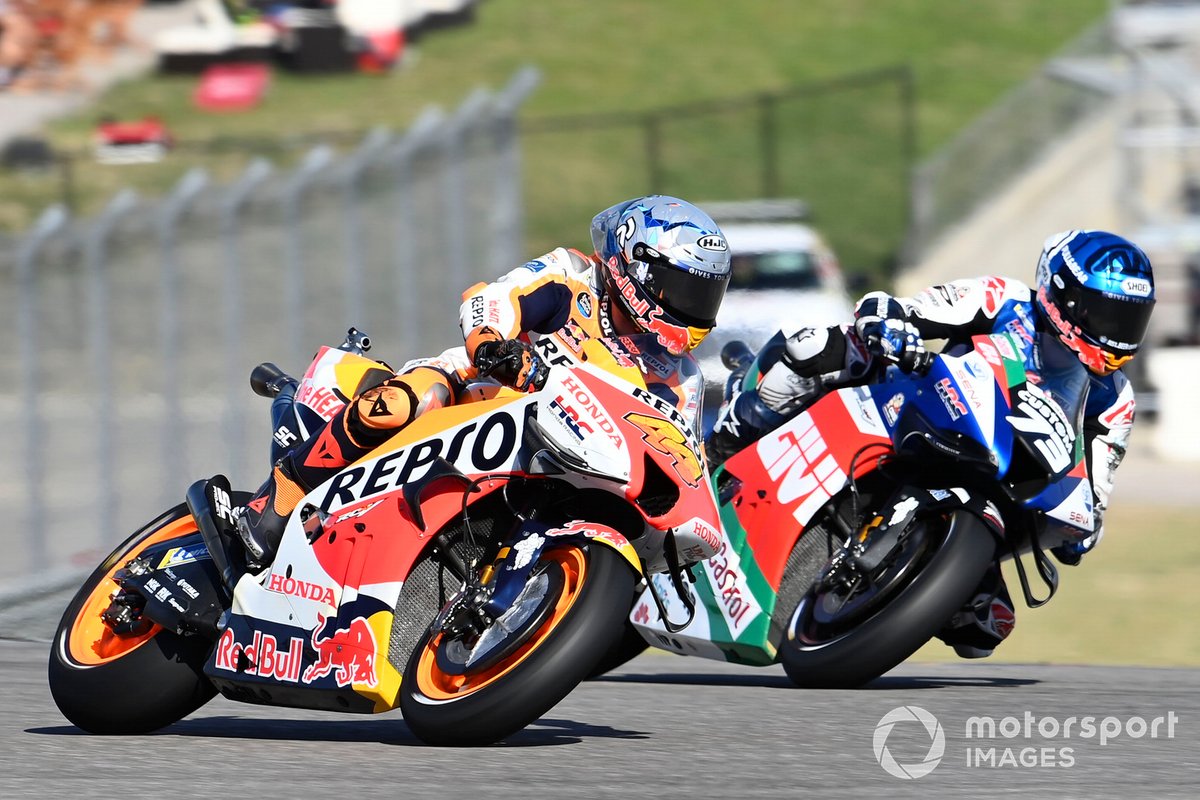 “So, sometimes it affects you, like me in Mandalika with Alex Marquez and [Luca] Marini. And sometimes you are the guy behind.

“But it is what it is, sometimes you need to take it and get benefit from it.”

“Scared” Marquez “didn’t believe in myself” in COTA MotoGP qualifying