Argentina race winner Aleix Espargaro says the first discussions between his management and Aprilia for the 2023 MotoGP season “were really disappointing” and left him “sad”.

The Spaniard made history for Aprilia in last week’s Argentina Grand Prix when he guided the marque to its first win in the modern MotoGP era.

It also ended a 200-race drought in the premier class for himself, with Espargaro first making his debut in MotoGP in 2009 and has been a mainstay on the grid since 2012.

Joining Aprilia for 2017, Espargaro has been instrumental in developing the RS-GP into a race-winning package.

After his Argentina triumph, Espargaro said it would “not be fair” to himself to call time on his career now and once again expressed a desire to remain with Aprilia for at least two more years.

However, he revealed on Saturday at the Americas Grand Prix – after qualifying 13th following a crash in Q1 – that no offer has been tabled yet by Aprilia and initial discussions have seen both parties “completely far” on terms.

“I feel super strong, super-fast. So, sincerely I want to stay.

“I did not have any offer yet. The first talks they have with my manager were really disappointing, I feel very sad, because we are completely far [on terms].

“But there is still time, I hope they value my job here during these years.

“My desire is to stay, but obviously I proved that I am fast, I have experience developing bikes.

“So, the paddock will move and we will have other opportunities. But I want to stay with Aprilia.” 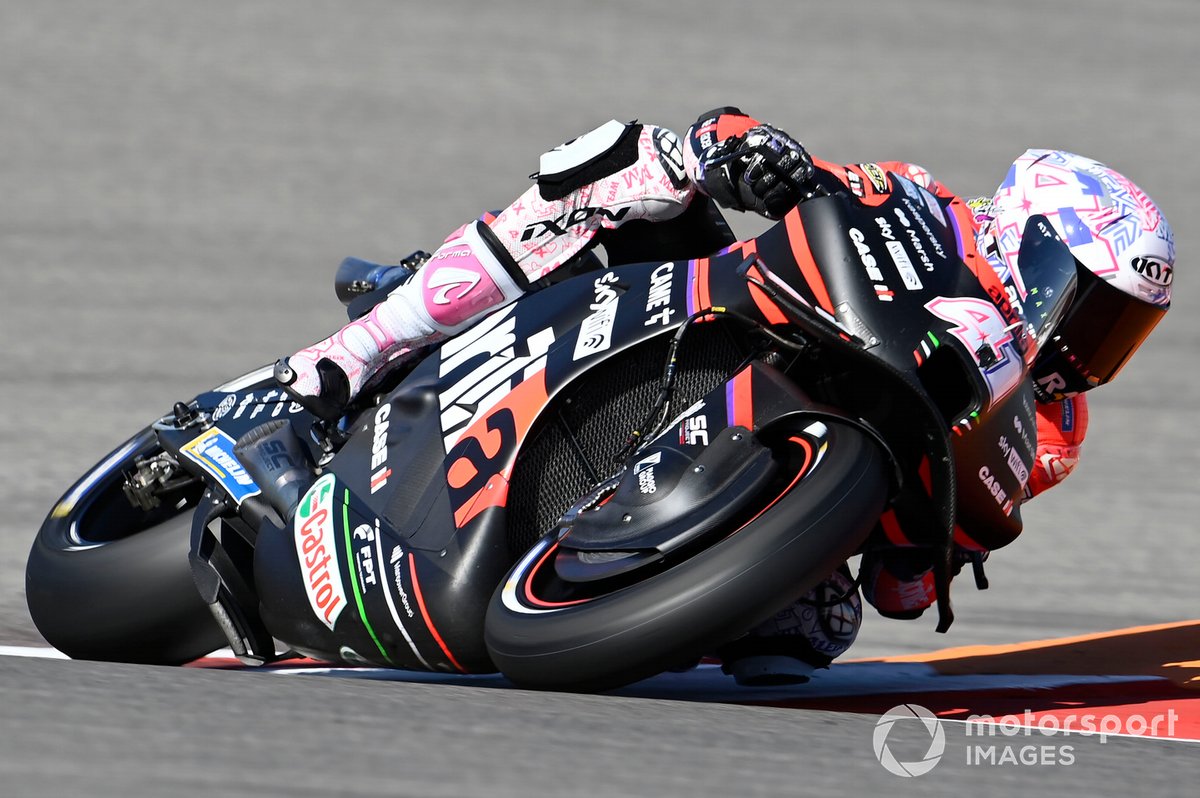 Most big contracts are up for renewal at the end of the current season, with only Ducati’s Francesco Bagnaia, KTM’s Brad Binder, Honda’s Marc Marquez and Yamaha’s Franco Morbidelli secured beyond 2022 at factory teams.

Prior to signing his latest Aprilia deal, Espargaro admitted that he was close to calling it quits after several tough years with the Italian marque since joining it in 2017.

As the ‘silly season’ or rider contract rumours starts, two high-profile names in reigning world champion Fabio Quartararo and Ducati’s Jack Miller made comments about their futures during the COTA weekend.

Quartararo’s manager confirmed talks with rival manufacturers, though the Frenchman insists he is not looking to leave Yamaha.

Miller told Autosport he has had no discussions with Ducati for 2023 and admitted to being “hurt” by this.