After Friday’s practices, many expressed concern about the pace of the Ducatis over a single lap around the Circuit of the Americas.

After the opening flurry of laps, it was the Italian manufacturer who annexed the provisional front row of the grid.

Miller shot to the top of the order with a 2m03.327s, 0.008s clear of factory team-mate Francesco Bagnaia, while Pramac’s Martin - who topped the Q1 session - slotted into third.

Reigning world champion Quartararo had been sat in fourth in the early stages and was on a good lap when he slid off his Yamaha at the penultimate corner.

At the same time, Gresini’s Enea Bastianini – who tumbled at the start of Q2 at Turn 11 – moved up to fourth, with Q1 graduate Alex Rins on the Suzuki and COTA king Marc Marquez on the Honda shuffling Quartararo down to seventh.

Quartararo – who admitted on Friday that he was strong under braking at COTA but on the limit – was able to get back out on his second YZR-M1 for the final five minutes of Q2.

But the Frenchman could do no more than to settle for sixth on the only Yamaha inside the top 12 - 0.595s adrift of the pole time. 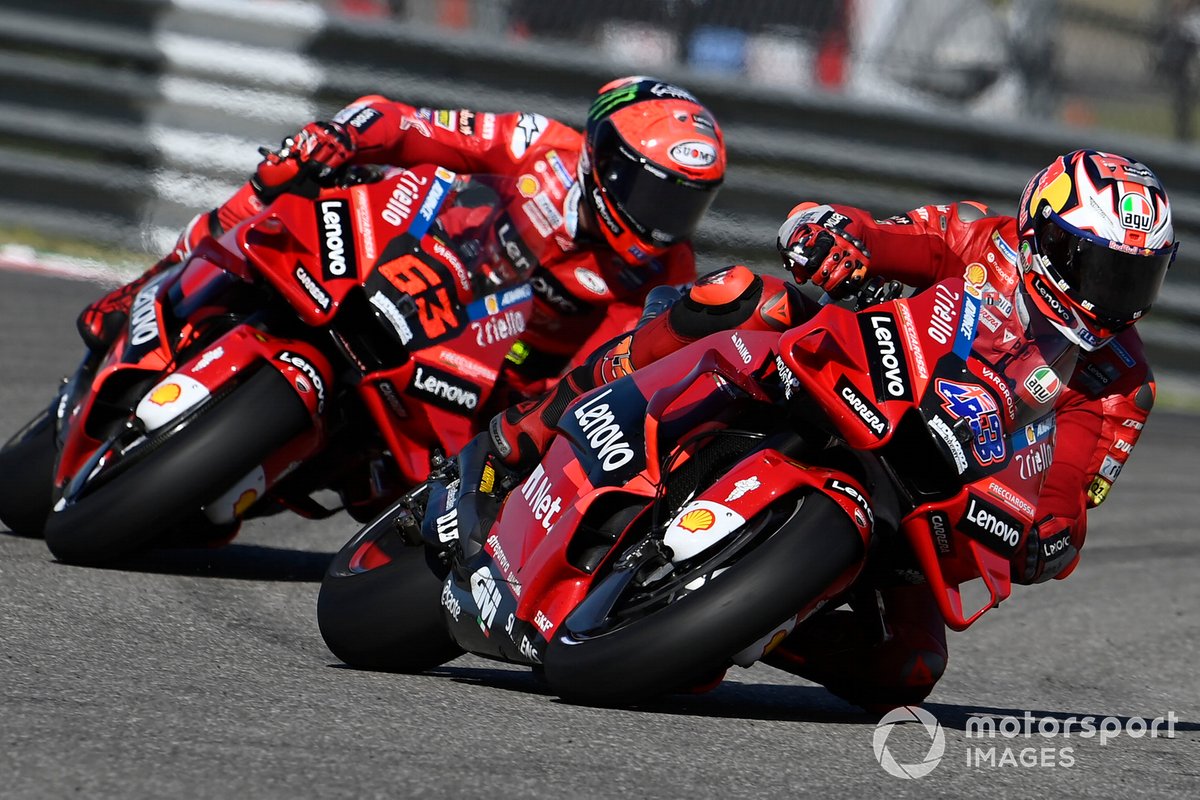 Bagnaia went to the top of the pile with two minutes to go on his Ducati with a lap close to the all-time COTA record – albeit on a track that has been partially resurface – before team-mate Miller did beat the old record with a 2m02.042s.

This looked set to secure Miller top spot, but he was denied at the death by Martin, who fired in a 2m02.039s to claim his second pole of the 2022 season.

Ducati would lock-out the top five spots at the chequered flag, with Johann Zarco jumping up to fourth late in the session on the sister Pramac GP22, while Bastianini recovered to fifth ahead of Quartararo.

Rins was just 0.060s shy of a spot on the second row in seventh, with Suzuki team-mate Joan Mir eighth after his final lap.

Seven-time COTA poleman Marc Marquez failed to make any real impression on the pole battle on his return to action after two races on the sidelines due to vision problems.

The Honda rider will start from ninth – his worst-ever COTA qualifying result – ahead of LCR’s Takaaki Nakagami, the VR46 Ducati of Luca Marini and Pol Espargaro on the sister factory team Honda.

Argentina race winner Aleix Espargaro was caught up in traffic on one of his runs late on in Q1, with the Spaniard visibly frustrated as he backed off on that lap. 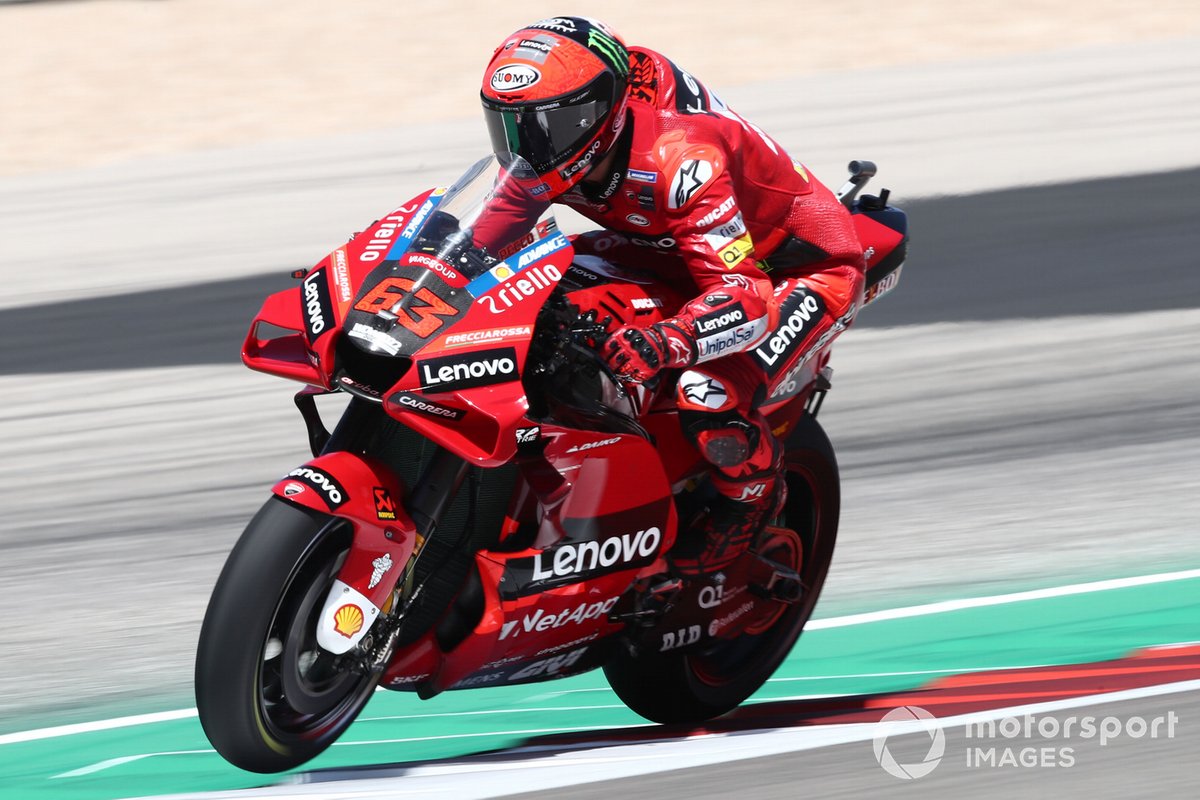 And on the following tour as he pushed to get into Q2, he crashed at Turn 6 and was resigned to 13th on the grid having taken pole just one week ago.

Aprilia team-mate Maverick Vinales’ strong Friday form disappeared on Saturday and he could do no more than 14th, with Andrea Dovizioso 15th on the RNF Racng Yamaha.

Marco Bezzecchi will start 16th on the VR46 Ducati ahead of the struggling KTM of Brad Binder, while Yamaha’s Franco Morbidelli was a disappointing 19th behind Gresini rookie Fabio Di Giannantonio.

Miguel Oliveira was only 20th on the sister factory team KTM ahead of Tech3 duo Raul Fernandez and Remy Gardner, who crashed early on in the first 15-minute qualifying segment.

RNF’s Darryn Binder notched up his third crash of the weekend in Q1, leaving him last of the 24 runners behind a woefully off-the-pace Alex Marquez on the LCR Honda.

The 2022 MotoGP Argentina GP will get underway at 2pm local time (7pm BST) on Sunday.