Lap times in the daytime session were well off the pace of those set on Friday evening in FP2, meaning the combined top 10 order that determines who progresses automatically to Q2 remains unchanged. 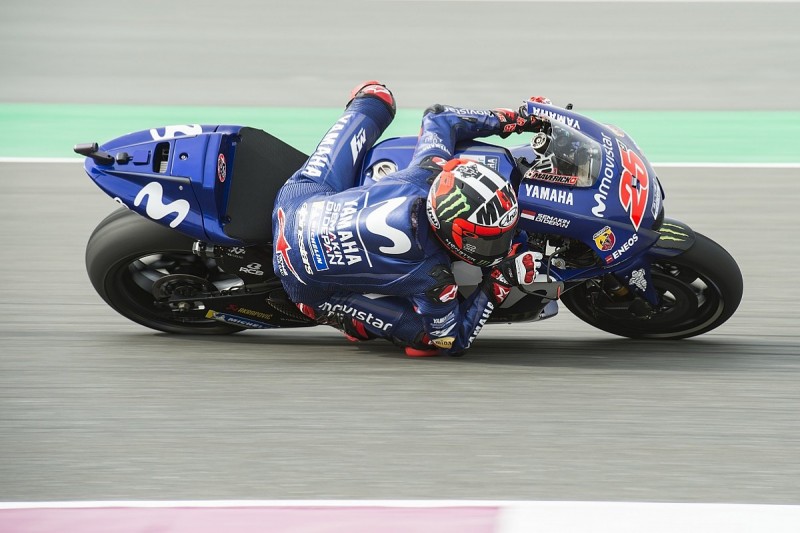 On the other hand, Maverick Vinales will have to fight his way through Q1 for only the third time since he joined Yamaha after ending up 11th on combined times.

Zarco was the sole rider to break the 1m55s barrier in FP3, recording a 1m54.966s at the tail end of the session to go quickest 0.497 seconds from Pramac Ducati rider Jack Miller.

The Australian stayed 14th in the overall times however, meaning he joins Vinales in Q1.

Petrucci, Marquez and Iannone completed the top five times, with Pedrosa the only other rider to get within a second of Zarco's best lap.

Rossi was ninth fastest after an eventful session that began with a crash at Turn 5 in the opening 10 minutes of the session.

He also had to tour back to the pits in the closing stages as the bottom part of his Yamaha's bodywork drooped and began to scrape against the track.

Avintia Ducati's Tito Rabat was the only other rider to crash, taking a late tumble at Turn 14.

The only riders to set personal best times of the weekend in FP3 were Rabat's team-mate Xavier Simeon and Alvaro Bautista (Nieto Ducati), but both remain at the bottom of the combined timesheets.