Tech3 Yamaha rider Zarco's future has become one of the hottest talking of the pre-season, with nearly every manufacturer reported to be monitoring his situation.

KTM and Suzuki are both known to want to sign Zarco, while Yamaha has also suggested it could field a third factory-spec bike next year in a bid to keep hold of the Frenchman.

Ducati is also reported to have made contact with Zarco's management, despite stating its priority is to keep works riders Andrea Dovizioso and Jorge Lorenzo, and Honda has now joined the list of parties interested in Zarco, who could be a target to replace the out-of-contract Dani Pedrosa for 2019.

"Why be afraid?" said Zarco, when asked how he would feel about partnering Marquez. "To be Marquez's team-mate could be a nice thing.

"It's kind of a dream team, this Honda team. I remember some pictures of Mick Doohan, then Valentino Rossi, now Marquez.

"I need to wait and take the decision. First of all we do the first few races and then we will know." 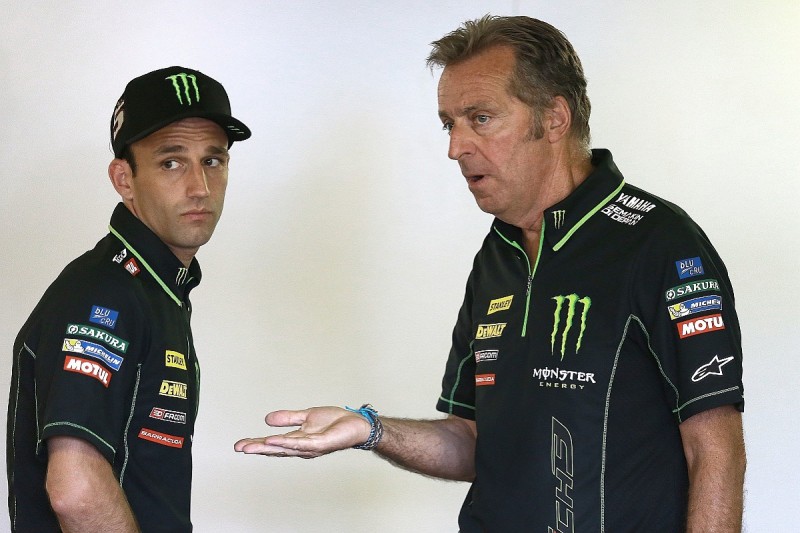 Tech3 boss Herve Poncharal recently expressed hope he could still retain Zarco in the wake of his team's decision to split with Yamaha and become a satellite KTM operation in 2019, but stressed he would not try to prevent his star rider leaving if he received a better offer.

"We will not interfere with Johann's decision," Poncharal told Autosport.

"He is the one who must choose the path and I think the teams should respect that."

KTM motorsport director Pit Beirer said that the Austrian marque's deal with Tech3 did not include any provisions for Zarco to automatically join the factory team.

"I'm really happy we could sign a deal with Tech3, to create now a structure and a base which allows us to work with four riders in MotoGP in the future and really bring up our young generation also into MotoGP," Beirer told MotoGP.com.

"I don't want to hide that Johann will be one of the riders we want to talk to about the future, but I also want to underline it was not a package deal with Tech3.

"I'm really happy and proud that he [Poncharal] trusts our project, and that we got such a fantastic team on our side. Now we start to work on the riders."