The manufacturer introduced a fairing at last year's Czech Grand Prix that improved Lorenzo's performance in his first season with Ducati, helping him to generate the front end confidence he felt he needed.

He continued to use it at every race for the remainder of the campaign, and during pre-season testing for the 2018 season, but has opted to revert to the basic, winglet-free bodywork for this weekend's Qatar round.

Lorenzo said the fairing was causing him issues while turning with this year's Ducati.

"[It] looks like with this new bike, that in general is different, the fairing in the middle of the corner creates some little problems, some closing on the front that I don't like," he explained.

"In normal conditions I would prefer the fairing with the appendices.

"I lost a lot of corner speed, so for the moment the best combination, even if I would prefer more downforce on the front, is the fairing with this bike with no winglets."

Lorenzo ended Friday's second practice session in fourth, but was nearly half a second behind pacesetter and team-mate Andrea Dovizioso and admitted he did not "feel happy" on his GP18.

"I want more, that is why I don't feel happy with the position and the situation that I have now," he said.

"I will work to feel more comfortable, faster and stay more in the front." 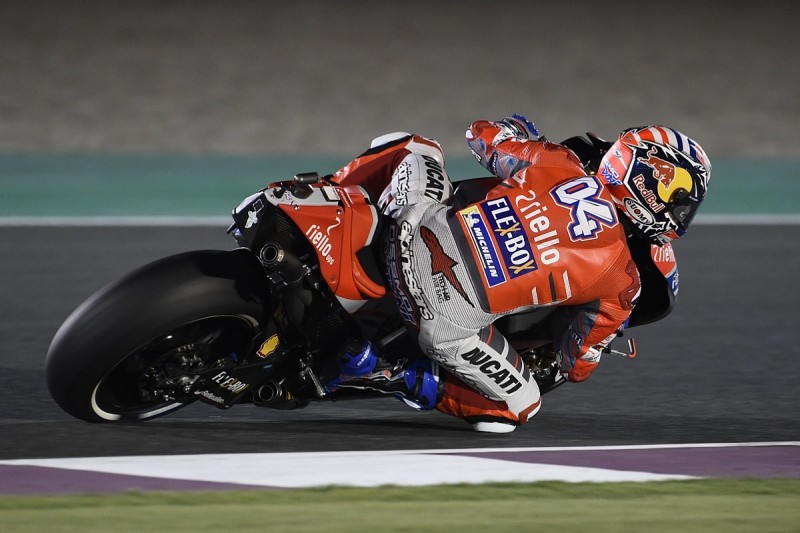 Dovizioso, who set the pace time in both of Friday's practice sessions, said he found it "easy" to set his fastest times, which allowed him to focus in preparation for the race.

"I feel good, the bike works well at this track," he said. "The lap time comes easy.

"This is very important and helps us to work on the details for the race because the race is different and you have to be ready in every detail."