Zarco converted his pole position into an early lead in Sunday's race, and led until the end of lap 17 before he was overtaken by both Marc Marquez and Andrea Dovizioso on the main straight.

The Frenchman dropped down the order thereafter, crossing the line in eighth. Speaking after the race, Zarco - who is still chasing his first premier-class win - said he had no reason to feel disappointed about his performance, as he would've been in the mix for victory without the tyre issue.

"I must feel happy," Zarco said. "I was happy to lead the race, that it was under control, [although I was] not fast enough to go away.

"I was waiting maybe for my opponents to overtake me and start to fight but I was able to stay in front.

"But after eight or nine laps I had a strange feeling. I got worried and was thinking maybe they will have the same problem, my opponents.

"And then five laps to the end, when this problem with the front tyre was getting worse, when they overtook me, I could not fight because I was sliding too much.

"If I wanted to turn the bike while sliding, [I would] almost crash.

"So I had to breathe and try to keep my position, but my pace slowed down too much.

"I finished eighth with a technical problem, I think I can be happy about that.

"I enjoyed that I led the race. When everything is good for all the race, I will fight for victory." 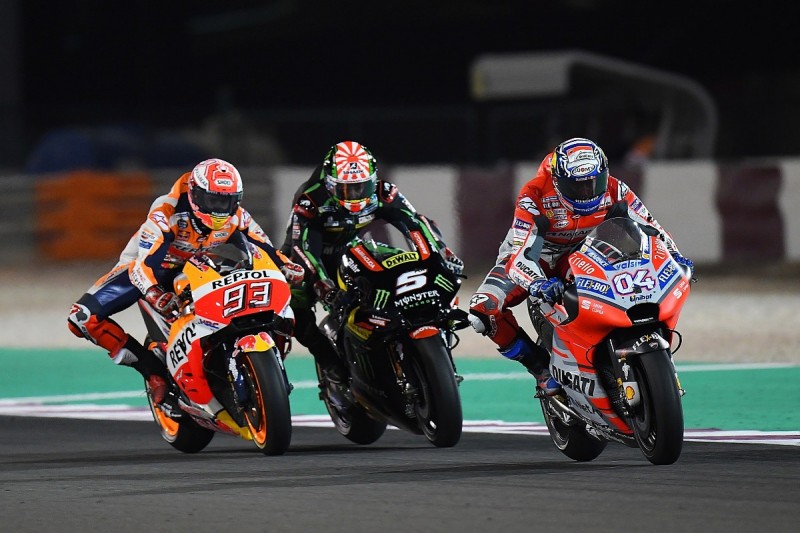 Zarco chose a medium front tyre, like the majority of frontrunners, and insisted normal tyre wear did not account for his dramatic loss of pace.

"I think the medium front tyre was a good choice," he said.

"And usually during the weekend I'm not the kind of rider to complain that we have, for the same tyre [compound], some wrong, some good.

"In the race it's not only my feeling because it's too easy to say, when you have a problem, there is a technical problem.

"But when the technician from Michelin in your team says something is wrong, then you can be happy about your race."