Having followed Dovizioso through past long-time race leader Johann Zarco with five laps of the race remaining, Marquez pursued the Ducati rider in the closing laps.

Reigning champion Marquez attempted to pass Dovizioso at the final right-handed corner on the last lap, throwing his Honda up the inside of the race leader, but was outdragged by his 2017 title rival on the run to the line.

"If [he had not tried], I cannot sleep," said Marquez. "I tried, [but it] was not possible. Now I can sleep well tonight.

"I am very happy [with second] because today he deserved the victory, he was faster, he had more.

"My target was trying to control Andrea because he was fastest and my plan was to go behind [him] when he passed Zarco, it doesn't matter when and where.

"He overtook Zarco [and] I just was behind him. I was on the limit, all in, sliding around the track but I was able to stay there.

"I was able to try in the last corner. [I'm] happy for that and happy for these 20 points." 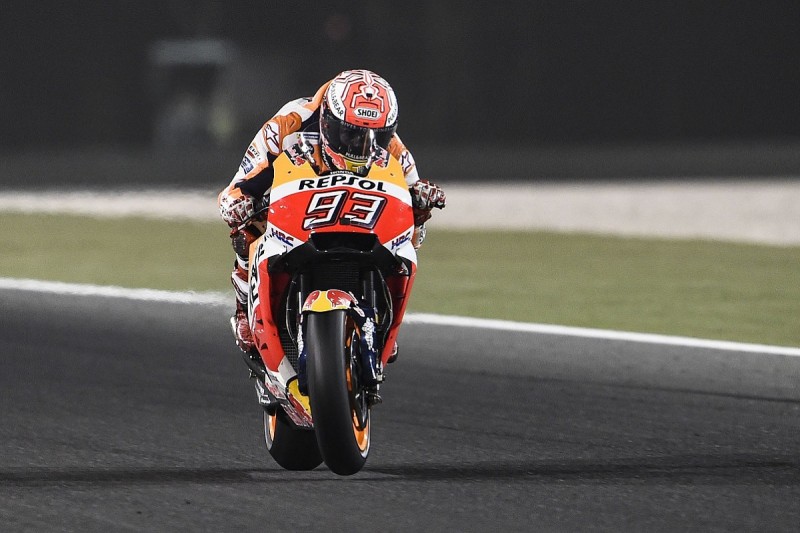 Marquez, who along with team-mate Dani Pedrosa opted to race with hard front tyres, added his second place felt "like a victory" on a circuit that has not traditionally suited Honda's bike.

"We struggled a lot this weekend with the front tyre, but I chose the hard one," he said.

"[It was] a lot of risk on the left corners but I was able to manage during the race.

"On the strong circuits, my favourite circuits, I need to attack."