Ducati rider Dovizioso went into the season opener as favourite among a number of his rivals, based on his pace in both pre-season testing and in practice, despite only qualifying fifth.

The Italian was in the chasing pack for much of the race but hit the front with five laps to go, and held off 2017 title adversary Marc Marquez in the closing stages to cross the line 0.027 seconds clear of the Honda rider.

Dovizioso conceded he was under pressure going into the race.

"I did three second positions [in previous years in Qatar], so before I came here it was like I had an obligation to win," he told BT Sport.

"But the rear was very soft, softer than the softest last year.

"That's why we didn't push for three quarters of the race; that's why when [Johann] Zarco was in front, nobody pushed. 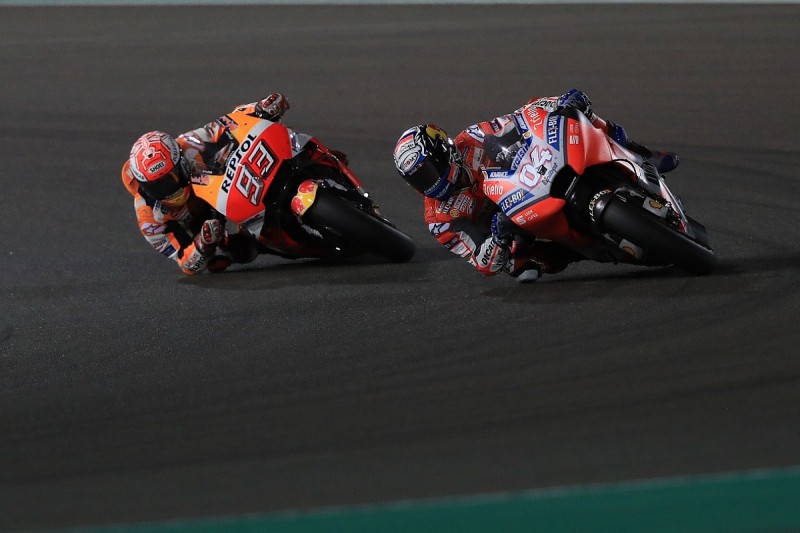 "In the last laps when I wanted to make the difference, because I was controlling the race, I didn't have the grip.

"That is the bad part of the race, because it confirms Honda has improved and Marc is there."

Dovizioso remained cautious on his championship prospects, highlighting the need to back up his Qatar win with strong showings in the next two races in Argentina and the US.

"We just confirmed the feeling I had before the race, so it's not news," he added.

"The next rounds will be very important for us to get a good result because I think it will be very difficult.

"It will be important to understand our level for the championship.

"We have a little bit better bike than last year, we confirmed this winter and this weekend, but it's not enough when there are so many fast riders."