MotoGP promoter Dorna Sports says it is "optimistic" the delayed 2020 season can begin in July, with races without spectators the most likely course of action this year

The coronavirus pandemic has forced the first 11 round of the 2020 season to be cancelled or postponed, with the only action so far coming in the Qatar Moto2 and Moto3 races.

Since March, Dorna CEO Carmelo Ezpeleta has mooted several ideas for how the season could play out and admitted he would be "delighted" with a 10-round 2020 championship considering the difficulties created by the pandemic.

Speaking in an interview with BT Sport, Ezpeleta gave an update on the current situation, and admitted every day he believes it is "more possible" races will take place this year.

"Since Qatar we have been working very hard, trying to allocate a calendar for this year," he said.

"We have been in close contact with FIM, with IRTA (International Race Teams Association), especially with the manufacturers.

"And then we see different scenarios. The most optimistic is to try to start in the end of July.

"it depends on the situation because we need to take care about two things.

"One is any individual country will need to allow us to [race] when its doors are open, and second is the possibility to travel from one country to another.

"Then, in principal, we will try to make a championship in Europe, starting at the end of July, beginning of August.

"Then start to make races, and depending what is the situation, then we will consider the possibility to go to the end of the year if the countries allow us to do it, but always finishing on time [in November]. 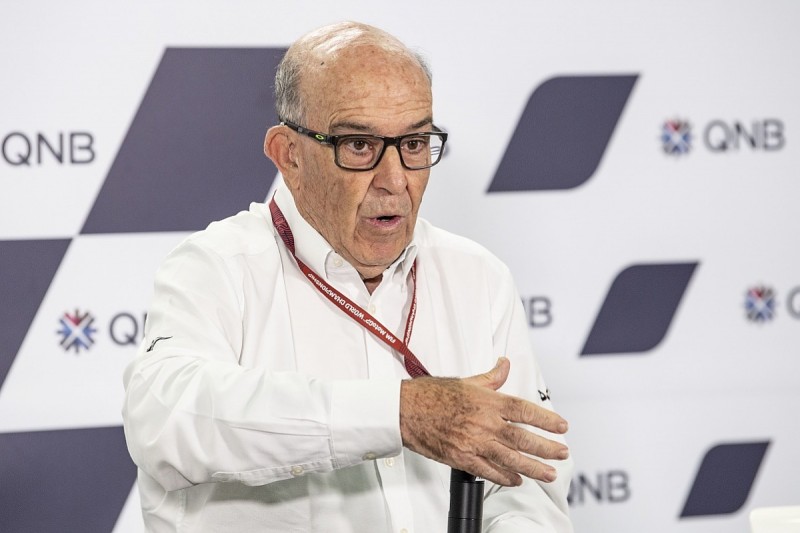 "This is the best possible scenario, and every day I'm thinking it's more possible to make these races."

Ezpeleta has not ruled out the possibility of two races being run at the same circuit, and once again reaffirmed his commitment to having further Moto2 and Moto3 rounds this year.

He also confirmed Dorna is working with the teams to determine a minimum number of personnel needed for each weekend, with an approximate total of 1300 for all three classes - providing that is deemed safe - being looked at.

Another contingency plan being considered is beginning the season in September, but Ezpeleta has not ruled out a much later start even though he recognizes this will be more difficult to achieve.

"Right now, we consider the best possibility [to start in July].

"But right now we are optimistic regarding the possibility to make the season between July and November."