Final practice for the MotoGP Japanese Grand Prix has been cancelled due to poor weather at Motegi, but qualifying will go ahead.

Track action at Motegi was paused as a thunderstorm forced the Moto2 Q2 session to be red-flagged 9m37s in.

MotoGP was due to have a final 30-minute practice at 2:30pm local time, but that was cancelled following a delay of around an hour to the end of the Moto2 qualifying.

As a result, MotoGP has decided to scrap the FP3 session for the premier class but is planning to finish Moto2 qualifying before the MotoGP Q1 and Q2 sessions take place.

Pitlane re-opened at 3:38pm local time for the end of Moto2 Q2, with MotoGP qualifying to start at 4pm local time.

All MotoGP team managers were called for a meeting with the teams’ association and Dorna Sports about current proceedings during the red flag period.

MotoGP organisers met with teams this morning to discuss the idea of altering Saturday’s schedule to bring qualifying forward.

This was due to the expected adverse weather brought about by a typhoon battering the region. 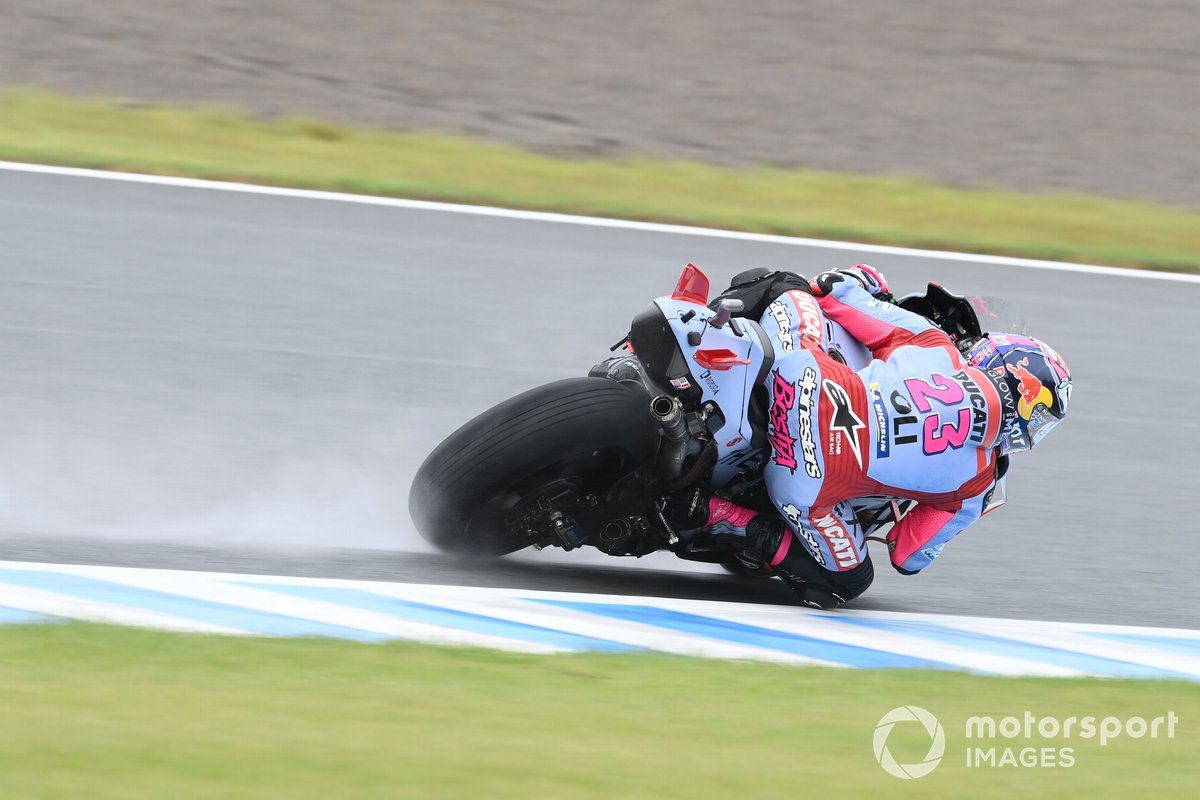 The decision was taken not to alter the Saturday schedule, which was on course to be completed before the torrential rain that arrived at the start of Moto2 Q2.

Should qualifying still be cancelled if the rain worsens again, organisers will either reschedule the session to take place on Sunday morning or the grid will be based on the combined order from the conclusion of FP2.

Qualifying last took place on a Sunday morning in 2019, when heavy wind forced the pole shootout to be postponed at Phillip Island in Australia.

The last time a grid was formed based on practice times was in 2017 in Qatar, when rain forced qualifying to be cancelled.

Should the latter happen, it will mean Ducati’s Jack Miller will start on pole for the second time in three races after he topped the only dry session of the Motegi weekend on Friday with a 1m44.509s.

Honda’s Marc Marquez topped a rain-lashed FP2 session this morning while his team-mate Pol Espargaro caused a brief red flag due to a crash at Turn 8.