Jack Miller kicked off the MotoGP German Grand Prix weekend with the fastest time of FP1 as the KTM-bound Australian led a Ducati 1-2.

For the first time since he made his MotoGP debut in 2013, a rider other than Marc Marquez will win at the Sachsenring this weekend as the six-time world champion continues his recovery from a fourth right arm surgery.

Pramac’s Johann Zarco, who ended Marquez's pole run at the German GP last year, set the early pace on his Ducati in FP1.

The French rider removed Yamaha’s Franco Morbidelli from the top of the timesheets with a 1m22.081s just over five minutes into the 45-minute FP1, before improving to a 1m21.791s.

With just under half an hour to go, Miller on the factory team Ducati went fastest with a 1m21.479s.

Miller comes into the Germany weekend having announced a two-year deal with KTM starting next year, with the Australian revealing on Thursday that he has been assured by Ducati that he will continue to receive bike updates in 2022. 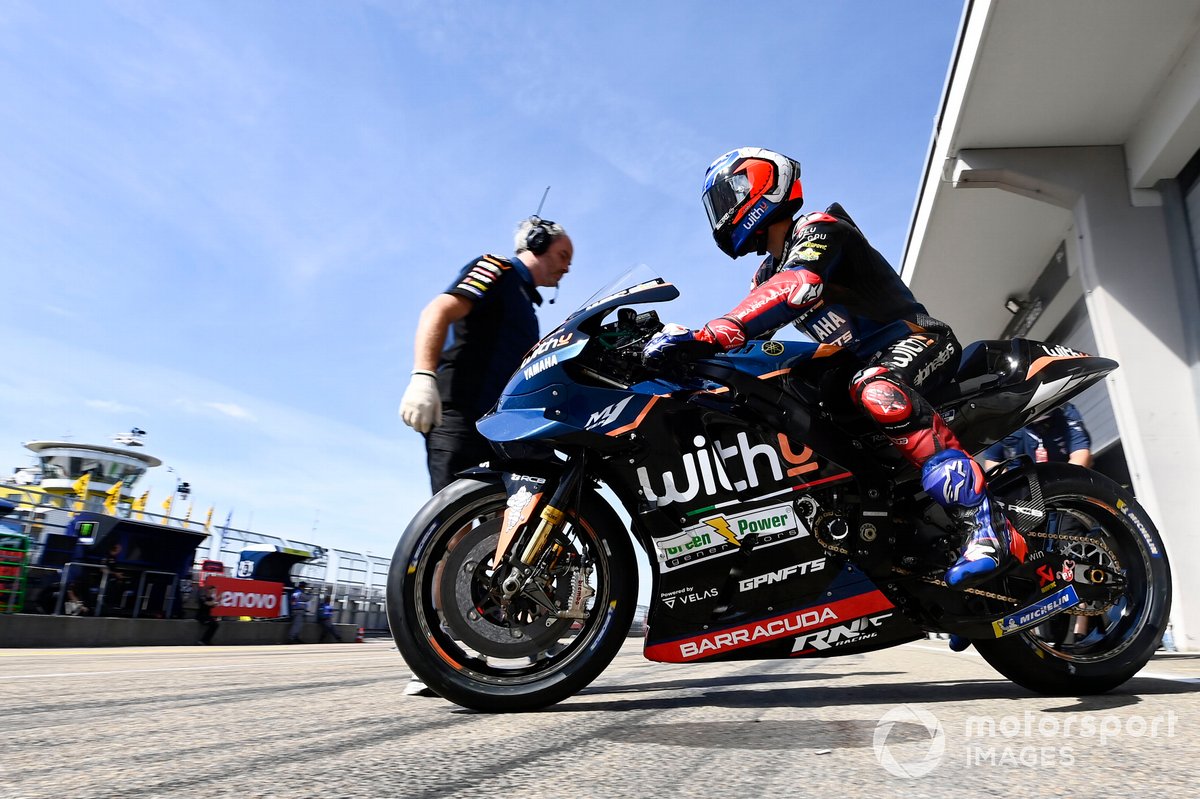 RNF Racing’s Andrea Dovizioso fell from his Yamaha at Turn 1 with 21 minutes remaining, before Honda’s Pol Espargaro followed him in a few minutes later.

Just moments after that, Suzuki’s Alex Rins had an identical front-end crash at Turn 1. Having fractured his wrist in the controversial Turn 1 collision at Barcelona with Takaaki Nakagami, Rins parked it after his FP1 spill.

Pol Espargaro would suffer a second crash at Turn 1 with just under 10 minutes to go, the rear-end of his Honda letting go under braking and flicking him into a highside he took a few minutes to recover from.

Miller’s 1m21.479s went unchallenged through to the chequered flag as most didn’t switch to fresh tyres across FP1.

Zarco slid to fourth in the end ahead of Nakagami, with Aleix Espargaro sixth on his Aprilia ahead of VR46’s Luca Marini – who did run fresh rubber late on in FP1 – and Dovizioso.

Jorge Martin, who underwent wrist surgery after the Barcelona race, was 0.256s off the pace in ninth on the second of the Pramac Ducatis ahead of LCR Honda’s Alex Marquez.

Maverick Vinales was 11th on an Aprilia carrying a new aero fairing on the side of the RS-GP, with Pol Espargaro 12th after his double crash ahead of Suzuki’s Joan Mir and Morbidelli.

Brad Binder was KTM’s top runner in 15th ahead of Gresini duo Enea Bastianini and Fabio Di Giannantonio, while Rins was 19th after his crash.