Pramac’s Johann Zarco continued to lead the practice timesheets at the MotoGP Austrian Grand Prix in FP3, as a crash for title challenger Aleix Espargaro dropped him into Q1.

Espargaro comes to the Red Bull Ring just 22 points behind championship leader Fabio Quartararo, with the Austrian GP expected to be a difficult weekend for the Yamaha rider.

However, while Quartararo goes into qualifying later on Saturday afternoon second overall at the end of FP3, Espargaro could only manage 11th and must go through Q1 for only the second time this season.

In the cooler conditions of the Styrian morning, lap time improvements on the overall timesheet were minimal.

Straight away on a cold tyre, VR46 Ducati rider Luca Marini crashed up at Turn 3 on his first outlap from pitlane.

There were two more crashes inside the first 15 minutes of FP3, with Tech3 rookie Remy Gardner taking a second tumble of the weekend when he slid off at Turn 9, while Aprilia test rider and wildcard Lorenzo Savadori became the second victim of the new chicane.

It wasn't until 20 minutes into the 45-minute session when the first serious lap time improvement came in the form of a 1m29.843s from KTM’s Miguel Oliveira to get within 0.006 seconds of pacesetter Zarco.

Zarco’s Friday best would finally be toppled a couple of minutes later by Suzuki’s Joan Mir, who went fastest with a 1m29.811s.

Jack Miller on the factory team Ducati was the next to go top of the pile with a 1m29.787s, before his Gresini-mounted counterpart Enea Bastianini deposed him with 13 minutes to go on his year-old Desmosedici with a 1m29.508s.

While the Ducatis lit up the timing screens around the Red Bull Ring, life proved difficult for Aprilia’s Espargaro. 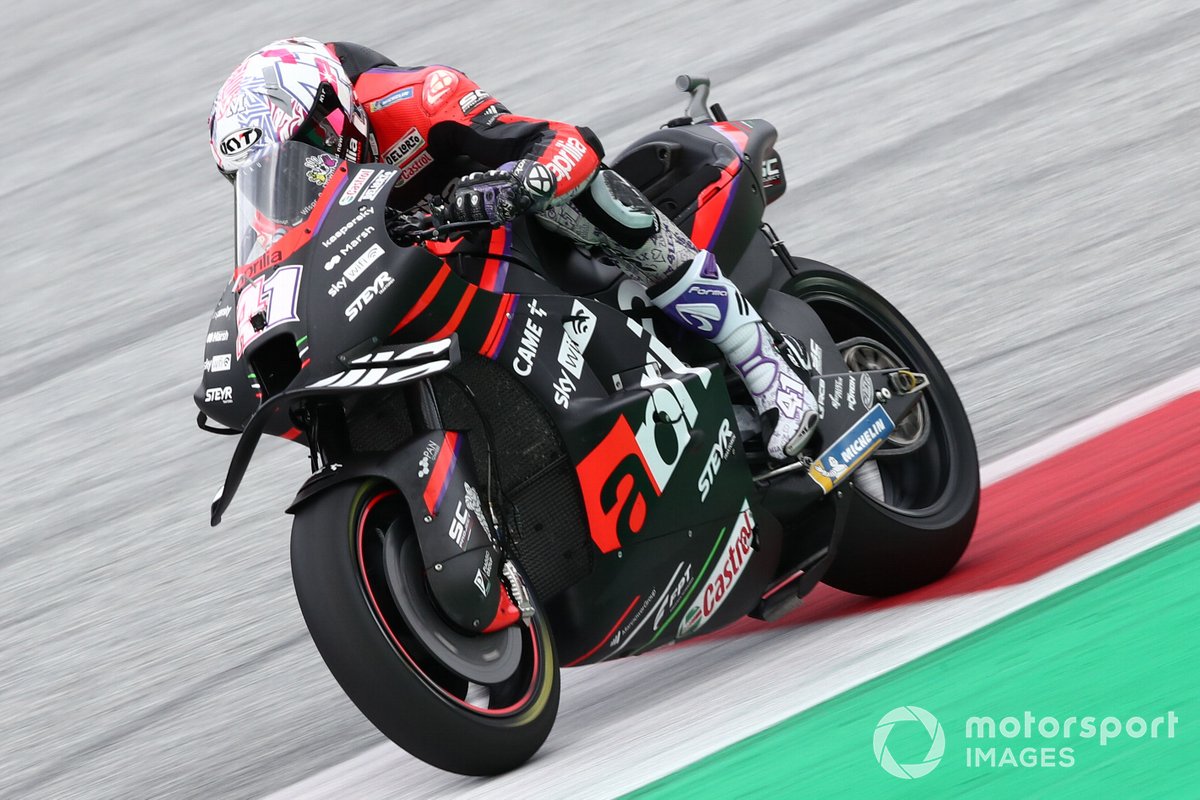 The Spaniard struggled all day on Friday to get to grips with the new chicane at the Austrian GP venue, and had been shuffled sat outside of the Q2 places as he pushed on a soft tyre time attack in the final 13 minutes of FP3.

But he overstepped the mark at the second part of the chicane, suffering an identical front-end crash to that of Savadori.

On his first flying lap after his crash, with just under four minutes to go, Espargaro managed to move up to ninth – though came close to hitting Zarco on the exit of Turn 1 as the Pramac rider was coming out of pitlane.

Late improvements for Suzuki’s Alex Rins and Pramac’s Jorge Martin - who’d set an identical 1m29.540s to the Aprilia rider – immediately dumped Espargaro back to 11th, where he would remain after aborting his final lap.

Francesco Bagnaia rounded out the top five on the sister factory team Ducati, with Bastianini heading Rins and KTM’s Brad Binder in sixth. The final Q2 places went to Maverick Vinales on the second of the Aprilias and Mir on the sister Suzuki.

Espargaro was denied a Q2 place by just 0.002s at the chequered flag, with LCR Honda’s Takaaki Nakagami shadowing him in 12th. 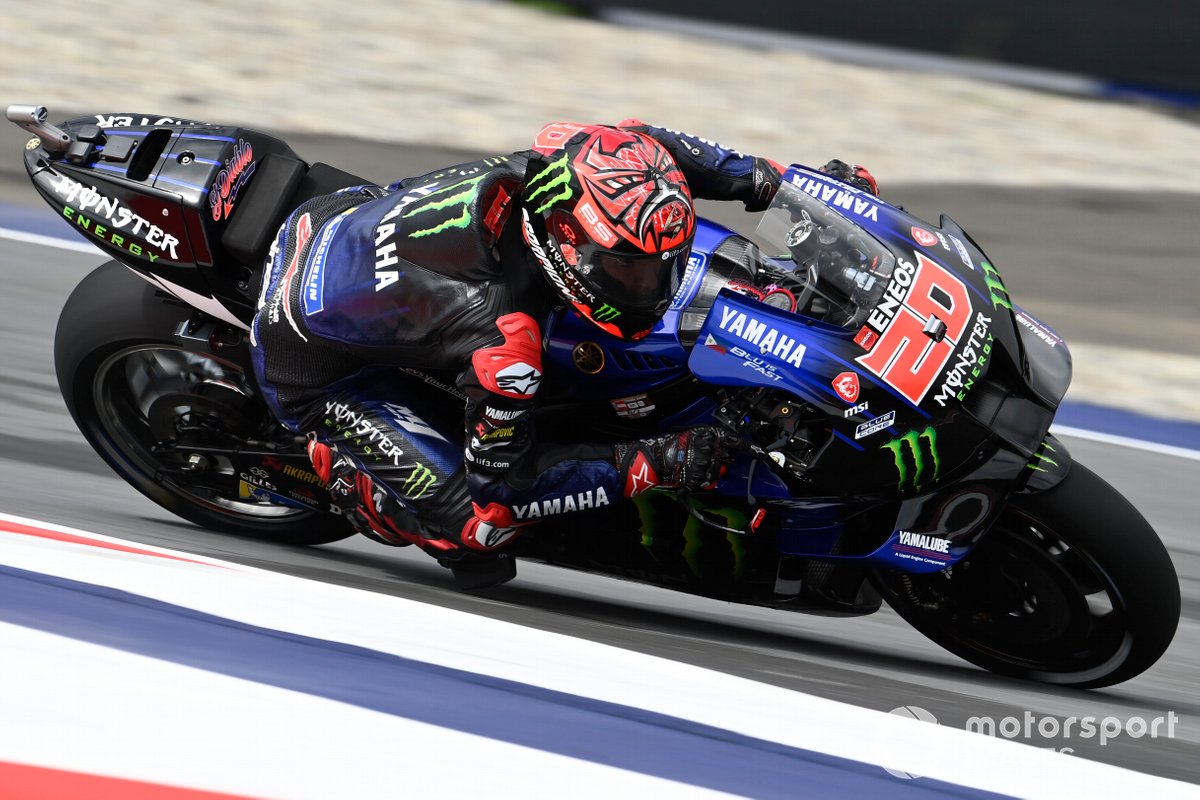 They will be joined in Q1 by the other three KTM riders, the rest of the Hondas, both VR46 and RNF riders, Yamaha’s Franco Morbidelli and Gresini rookie Fabio Di Giannantonio.

Qualifying for the 2022 MotoGP Austrian GP will get underway at 1:10pm BST.