Honda rider Marquez dislocated his shoulder multiple times while training last year, and was also left with shoulder pain from crashes towards the end of the season.

He limited his running during the post-season tests as a result, and consequently underwent surgery in December to resolve the problem.

While the initial hope was that he would be fully healed by the middle of January, Marquez said the surgery was "more aggressive and more difficult" than anticipated and that the recovery time was instead estimated at three-to-four months.

He still aims to be fully ready for the season-opening Qatar Grand Prix on the second weekend of March.

"Obviously the shoulder will be not 100% for Sepang [testing], but my target is try to be 100% or as close as possible in the Qatar GP," said Marquez at Honda's 2019 season launch on Wednesday.

"The surgery has been more aggressive and more difficult than what we expected.

"I was four hours inside the surgery because it was more complicated than what they expected, even the doctors.

"They already say that the minimum [recovery time] will be three months, four months, but I am working quite hard.

"Already one month and a half [since], the progress is going in a good way, so this is the most important. 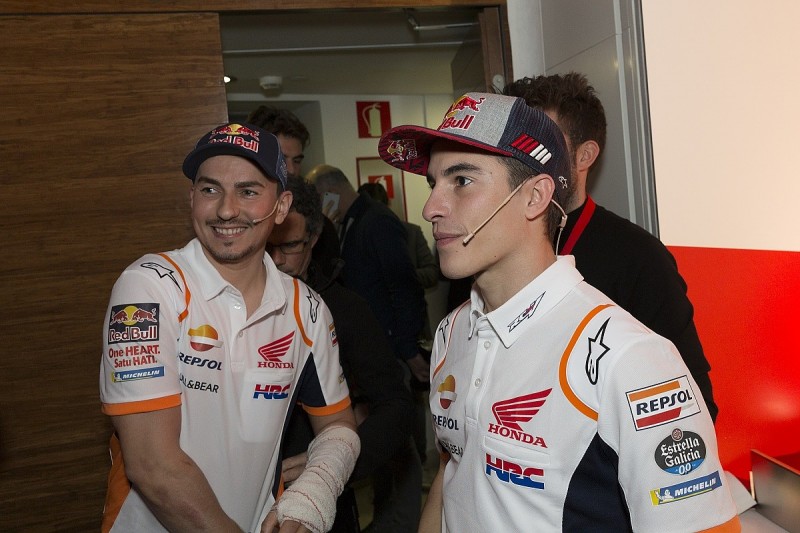 "How [the shoulder] will be in Sepang I don't know - I still have two weeks and now it's good because every day I feel some improvement, every day is going better and better, but of course for physical condition it will be maybe the most difficult because it's one of the most difficult circuits [physically]."

It is the second time in Marquez's career he has had to start a MotoGP season injured.

In 2014 he broke his leg in a training crash, but still went on to win the first 10 races of the season and clinch the title with ease.

The five-time MotoGP champion insists he is in a different situation now, and is wary of exacerbating his shoulder injury.

"2014 was a difficult pre-season too because I did the first test and then I got injured and I was one months and a half [out] and I went directly to the first race, but then the season was the best one for me," Marquez said.

"I think this is completely different. It was a big surgery, a big injury to the shoulder, it's something that I struggled with all last year but now I feel already more fixed.

"We are working in the best way to be at 100% but I think will be important to start slowly because I don't want to repeat it again.

"I don't want a small crash and to be again in the same situation, so I need to be patient."