Rossi will line up between polesitter Dovizioso and championship leader Marquez in Sunday's Czech Republic Grand Prix, after vaulting from 12th to second in the dying moments of qualifying.

But while the Italian has been quick over one lap throughout the weekend - he also set the fastest time in practice - he has looked considerably less competitive on used tyres.

"During the practice I struggle, I always struggle because my pace unfortunately is not very strong," Rossi admitted.

"We try to understand different things of the bike but especially the different combination of the tyre - front and rear -so [we did] a lot of tests.

"But in general with all the tyre [compounds] we are not very fast."

Rossi focused on the medium rear tyre on Friday before switching attention to the hard and soft compounds ahead of qualifying.

He says he is yet to make up his mind over what tyre to choose for the race, but is against taking a "gamble" with the selection.

"For me it was a mistake to not try the hard yesterday," he said, "because maybe with more laps we can understand it better.

"Anyway today I tried it this morning, I tried this afternoon. [The] problem is that I am not very fast.

"Usually I am not very happy about the gamble. Yes, if you go with the soft, you are faster in the beginning, but for me [it is] difficult to arrive at the end.

"We have to see, especially about the temperature because if we have less temperature, maybe, [it] is more easy." 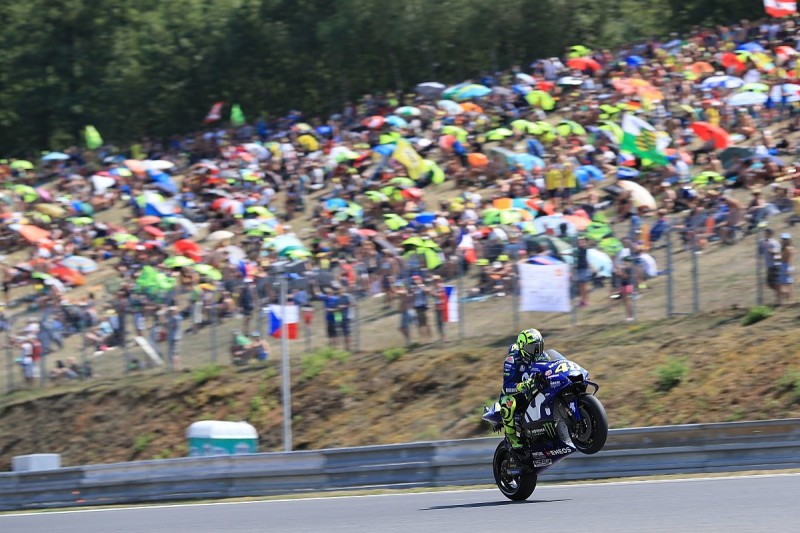 The Italian conceded his hopes of scoring a strong result rested on him keeping up with Dovizioso and Marquez - the two riders that have looked strongest over a race distance - after the start.

"Considering that in the race pace we are not fantastic, [it] is also more important [to] start from the front row because I am in the middle of Dovi and Marc, [who] are the two guys with better pace," Rossi said.

"[It] will be very important try to stay with them in the beginning and see what happens during the race."