With this morning’s damp session giving way to fully dry running for the start of FP2, lap times were immediately bettered from this morning’s running.

Moments later Suzuki’s Alex Rins shot to the top of the order with a 1m30.321s, before reigning world champion Fabio Quartararo on the factory Yamaha edged ahead with a 1m30.285s.

Bagnaia’s time at the top of the standings went unchallenged for much of the session as most focused on some dry race preparation.

With around 10 minutes remaining of the 45-minute session, the track burst into life with riders going for soft tyre time attacks owing to the arrival of some light rain spots.

Pramac’s Jorge Martin – who won last year’s Styrian GP at the Red Bull Ring – made the first big move in this time attack phase as he fired in a 1m30.119s to take over top spot. 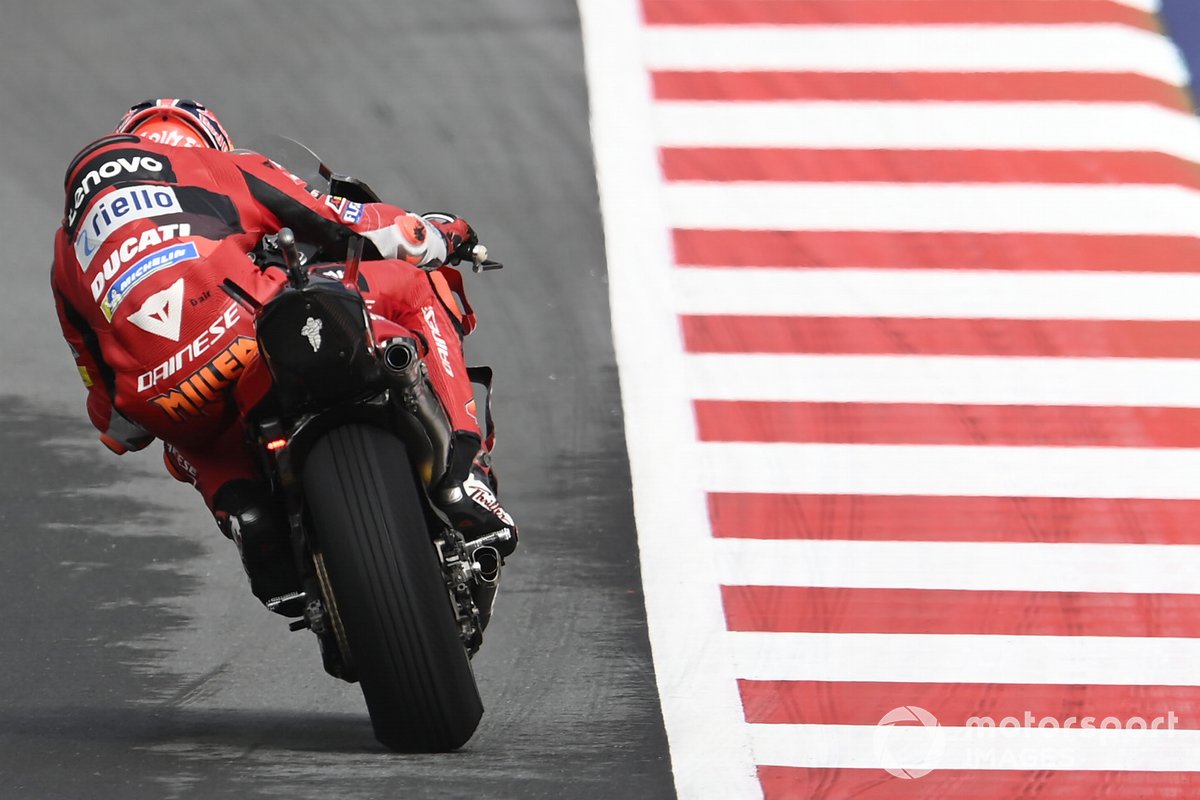 He would improve to a 1m29.866s on his follow-up tour, though this was instantly bettered by Miller with a 1m29.861s – before Johann Zarco on the sister Pramac Ducati fired in a 1m29.837s right behind him.

The rain didn’t worsen as the session drew to a close, with Zarco’s time coming under no threat when the chequered flag came out.

Miller shadowed him by 0.024s in the end from Martin, while Quartararo split the onslaught of European manufacturers inside the top 10 in fourth – just 0.040s off the pace.

Early pacesetter Bagnaia rounded out the top five ahead of VR46 Ducati duo Luca Marini and Marco Bezzecchi, with Enea Bastianini on the Gresini Ducati making a late improvement to eighth.

Maverick Vinales was the only Aprilia rider inside the top 10 at the end of FP2 in ninth, after team-mate Aleix Espargaro was shuffled down to 11th by just 0.019s.

The Portuguese rider, who lost the front of his KTM over the rumble strip on the edge of the kerb, slid all the way down to Turn 10 – but walked away unscathed to end the session down in 22nd. 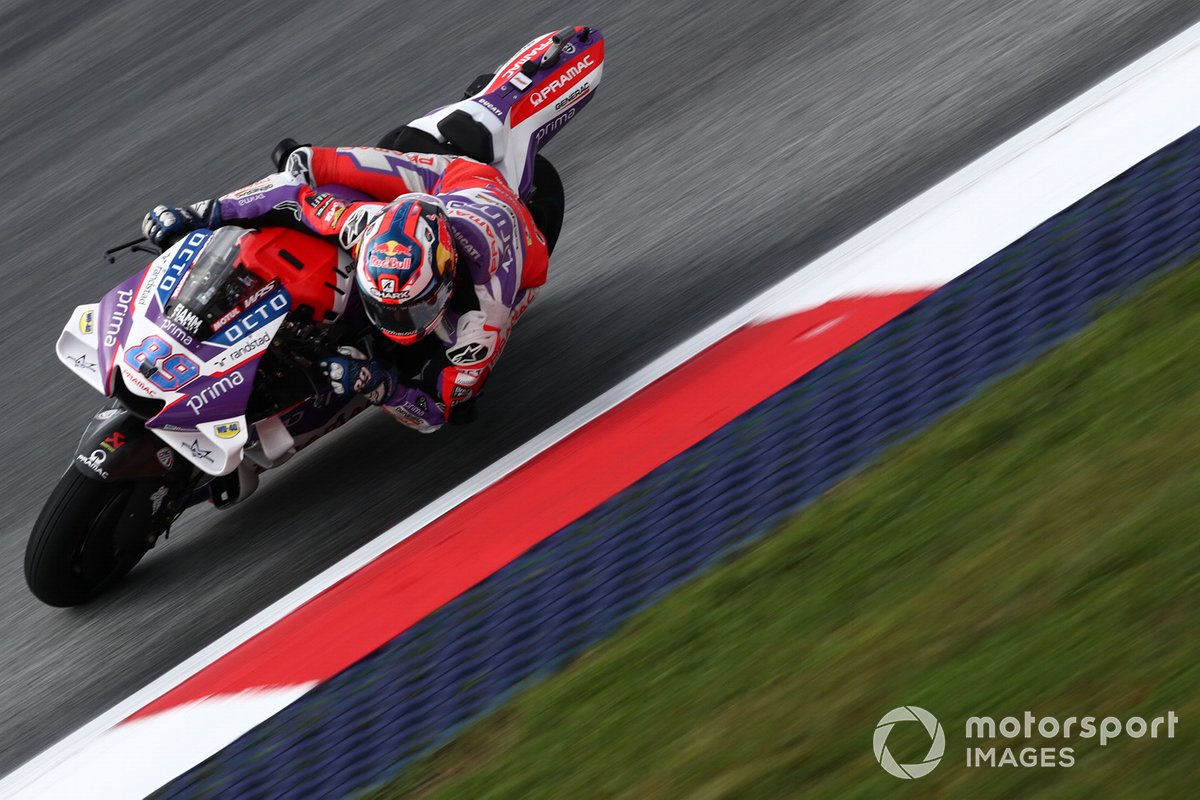 Both Suzuki riders found themselves outside of the top 10 in 13th and 15th, with Honda’s Pol Espargaro slotting in between Alex Rins ahead and Joan Mir behind him.

Tech3 KTM rookie Raul Fernandez was another late crasher, the Spaniard coming off into the new chicane at Turn 2.

The 2022 MotoGP Austrian GP continues on Saturday morning at 8:55am BST with FP3.