Vinales arrives from Suzuki in 2017 to replace Jorge Lorenzo, the three-time MotoGP champion having been with Yamaha for nine seasons, including seven at-times acrimonious campaigns alongside Rossi.

During his first two seasons in the premier class, Vinales fostered a good relationship with Rossi, which Jarvis says has been "excellent" since the Spaniard started testing with Yamaha at Valencia last November.

"Last year, they already nurtured a little bit of a relationship together," he said.

"They had this mutual respect for each other beforehand and what's been pleasing is Maverick has outright stated that Valentino has always been his idol.

"You don't have this animosity between two riders and that's really good, it's like a breath of fresh air, frankly, at the moment."

Vinales led the way in MotoGP's official tests at Valencia and last week at Sepang, where Jarvis noted he was also quickest in a private Yamaha session last November.

Jarvis added that Vinales' willingness to approach and learn from Rossi has stood out so far, and plays to the Italian's nature.

"What was pleasing that we saw in the last test, at the end of the day, normally the riders are in their zones, they finish their work and they go back to the hotel," he said. 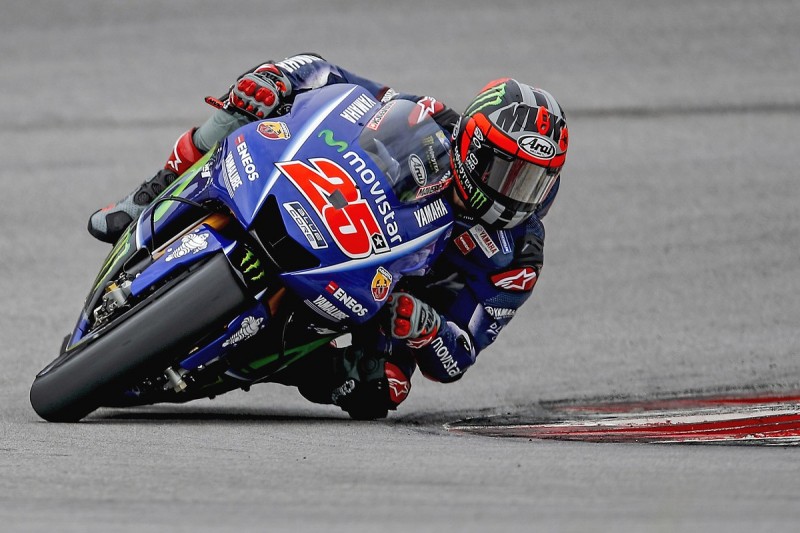 "You could see Valentino then lit up.

"He is, let's be honest, the greatest of all time. And Valentino likes to share as well.

"Of course he doesn't like to be beaten, but with his Academy bringing on young riders, basically he likes to share his knowledge."

Rossi finished the Sepang test with the sixth-fastest time, but within 0.221 seconds of the benchmark set by his new team-mate.

The veteran has tipped Vinales as a title challenger in 2017, and Jarvis concedes the healthy and open relationship between the two could change if they are fighting for the championship.

"Let's see how long we can keep that going into the season," he said.

"We're under now false impressions, because if you get to the back end of the season and they are both fighting for the championship, dynamics change.

"But in the meantime we start with a great feeling in the garage."