Andrea Dovizioso says the removal of winglets helped with turning his Ducati MotoGP bike, an area the Italian manufacturer struggled in 2016, during the Sepang pre-season test

Ducati's progress included winning two races in 2016, its first victories since the '10 season with Casey Stoner, but Dovizioso and now-former team-mate Andrea Iannone had to work around a weakness in getting its Desmosedici turned.

While Ducati has worked on that area with its 2017 bike, removing the winglets it developed as part of this year's ban made a difference, Dovizioso admitted.

"I think the turning is better, because we don't have the winglets," he said.

"But still I think it's not good like some other bikes.

"That's why it's still one of the points I'm convinced we have to improve."

Dovizioso said it remained to be seen whether that improvement would be cancelled out when Ducati introduces its definitive 2017 fairing aimed at minimising loss of downforce generated by winglets, potentially even as late as the Qatar season opener.

Yamaha became the first manufacturer to show its hand at Sepang, with wings concealed inside a larger fairing bulge.

"Everybody is trying to develop the aerodynamics," Dovizioso said.

"Everybody will change something, I don't know if in the beginning of the season, in the middle, at the end of the season.

"So, still, it's a big world to understand what is best."

Test rider Stoner led the way for Ducati on the first of the three days at the Malaysian Grand Prix venue, but Dovizioso finished as its top rider in the overall order in fourth place, six spots ahead of new recruit Jorge Lorenzo. 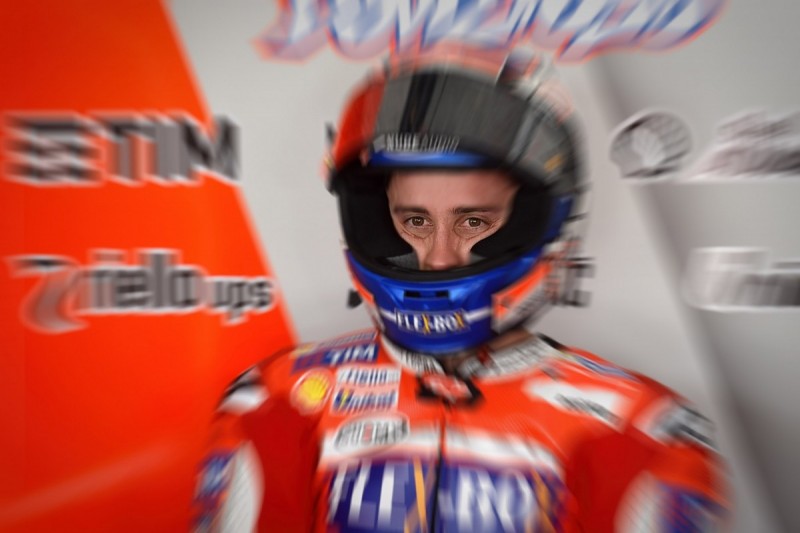 "I didn't expect to be this competitive and I'm happy about that," Dovizioso said.

"I'm able to play with the bike, which didn't happen last year, so I'm really happy.

"For sure we have something to improve, like last year, in the middle of the corners and some other points.

"Still I believe to fight for the victory we have to improve especially the turn-in, but we are very close.

"The pace with the used tyre was very good.

"I'm happy, but next test at Phillip Island will be very important for me, because it's a very different track.

"I always struggle there, to be fast there will be very important."

Honda on back foot after first MotoGP 2017 test - Cal Crutchlow