Marc Marquez conceded that he lacked confidence on his second bike during MotoGP qualifying at Motegi, in the wake of a crash in FP4

The Honda rider has his first chance to clinch the 2018 crown this weekend, but his hopes of an early coronation were dented when he suffered a vicious fall at Turn 7 in the pre-qualifying fourth practice session.

Marquez explained that he made considerable progress honing the set-up on his number one machine, which he was unable to use in qualifying, prior to the incident.

He went on to qualify only sixth, as distant title rival Andrea Dovizioso took pole.

"We tried to change a few things there and definitely I felt much better, but then the second bike was with our current base and our current base here... okay it is working well because I am there [among the leaders], it is not like I am very very far, but I don't feel enough confidence.

"For that reason tomorrow I hope that I can come back with a strong rhythm like in FP4 with our best bike." 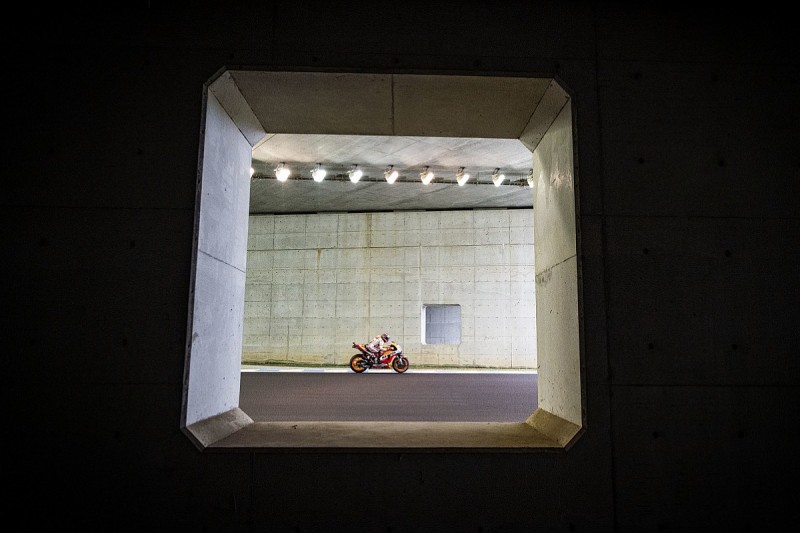 While targeting a victory that would guarantee his fifth MotoGP championship title in six seasons, Marquez says he is not prepared to risk everything just to seal the crown with three races to spare.

"Of course we are working for this [winning] and I am pushing for this, but the main target tomorrow is try to be on the podium because there are still four races [left], it's not the last chance," he said.

"If I have a small option I will try, and I will push. I will start [the race] thinking about the victory. We will see if we can fight or maybe we need to see that it is too much risk and try to finish on the podium."

Motegi poleman Dovizioso can delay Marquez's coronation by winning himself on Sunday, but must at least outscore the Spaniard by three points if he fails to do so.

The Ducati rider predicted that his rival will quickly recover from his starting position and tipped him to take the same approach to the Motegi race as in previous rounds.

"For sure he will try [to win], but it's normal," said Dovizioso. "He has a margin [in the championship] and he is able to take a risk like in the last three races.

"Unfortunately the last four races we were fighting a lot, but we weren't thinking about the championship. We just fight to win, and it will be the same tomorrow.

"Will not change the fight for the championship and his approach will be strong like always and he will be in the top three positions after the first lap, for sure."