MotoGP world champion Joan Mir is relaxed about his season-worst qualifying result of 14th for Sunday’s French Grand Prix as it’s “not a big change” from his usual grid slots.

The Suzuki rider was denied direct entry to Q2 after a crash late on in Friday’s FP2, with wet conditions in FP3 ensuring there would be no lap time improvements on the combined order.

Both Mir and team-mate Alex Rins set strong pace in the opening stages of Q1 in wet conditions, but were caught out by a number of late improvements as the track dried.

Mir believes he overheated his tyres too much in the drying conditions, which stopped him from being able to mount a final charge on the Q2 times.

But having qualified only ninth and 10th so far in 2021, he doesn’t feel starting from 14th is a major change from his norm – though says he had pace to be further up the grid on Saturday.

“I was able to take more or less the [correct] pace in FP4, also in the FP3 in wet conditions I was quite ok. Then in qualifying the same, I was strong in wet.

“But then in the last two laps, the track dried super quick and I was there with the soft and I think I overheated the tyres a bit and then I didn’t have the correct grip.

“It’s a shame because this was experience for the future for sure, but today I had the speed to be much [further] in front. 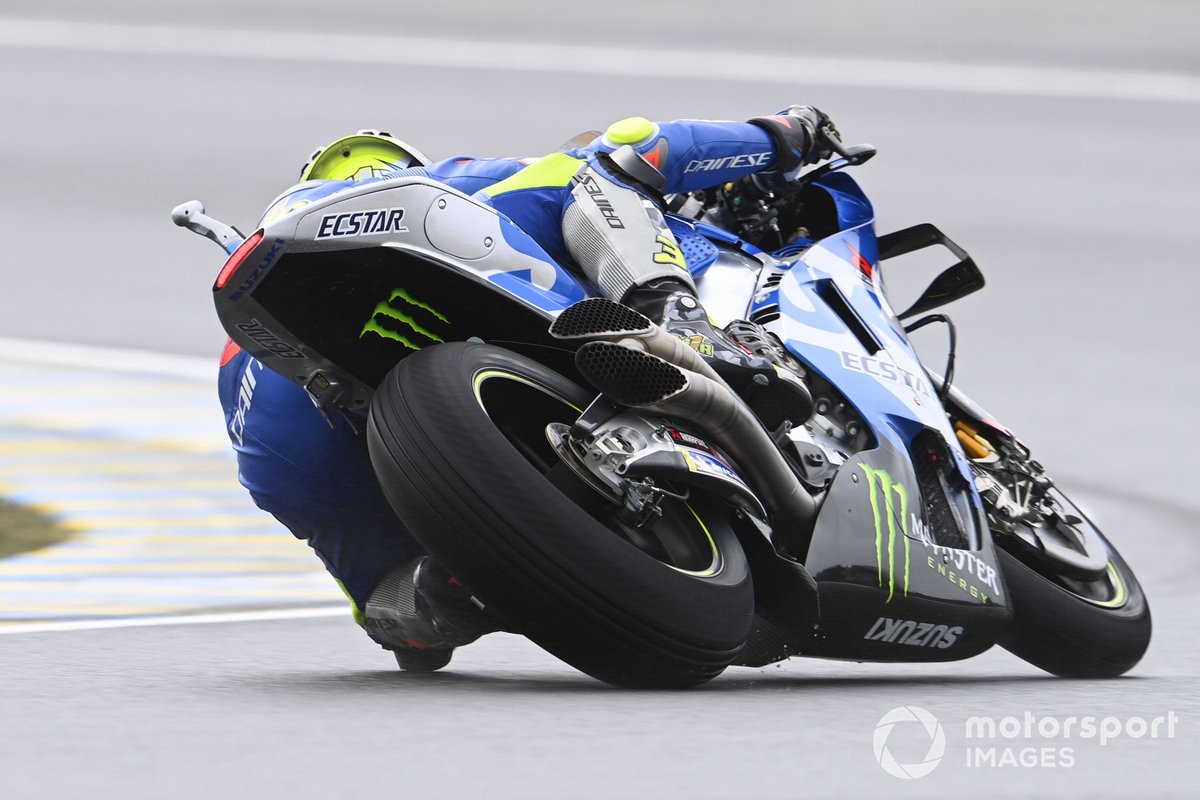 Rins didn’t fare any better, the sister Suzuki rider qualifying behind Mir in 15th having been hindered by a strategy in Q1 he believes was “not correct”.

He feels he would have been more competitive in the closing moments of Q1 had he been able to switch to the medium rear wet tyre, which performs better than the soft when the track is drying.

“For sure, difficult day in the office,” Rins said.

“We did not the best strategy. In these conditions it’s difficult to take good compounds and everything.

“So, we decided to start with medium front and soft rear, but I was talking with my crew chief [about] which was the time to stop to change the tyre, to do one stop.

“But on the bike, I was thinking more on how to ride faster than which tyre I should put on. For sure, if we were able to stop and put on the medium one on the rear, for sure I will be in a better position.

“But, anyway, it is what it is. We need to think on tomorrow’s race and that’s all.”