Bagnaia fended off a late charge from championship leader Fabio Quartararo in the Austrian Grand Prix to score his third-successive win.

It marks the first time a Ducati rider has achieved the feat since double MotoGP world champion Stoner in 2008 when he won the British, German and Dutch GPs back-to-back.

Bagnaia is now just 44 points off of Quartararo in the standings having been 91 adrift after a fourth DNF of the year in Germany in June.

Miller, who was third at the Red Bull Ring, says it is “awesome” to be a part of this current Ducati team and praised the level his team-mate Bagnaia is riding at right now.

“I mean, the team’s in great form at the moment,” Miller said.

“Pecco with the three in a row, matching Casey, I mean it shows how good he’s riding – especially at the level of MotoGP at the moment in this day and age is incredible.

“So, hats off to him and the whole team. It’s just amazing to be a part of it.

“Even if we are playing number two, Goose to his Maverick, but it’s one of those things.

“It’s cool to be a part of and hopefully we can keep this momentum and the good vibes in the team going to the end of the year because I feel when you’re happy and gelling like this it’s bringing the team’s results better, it’s bringing morale up in the box and with that everyone is super happy to do the work and we’re getting the results. 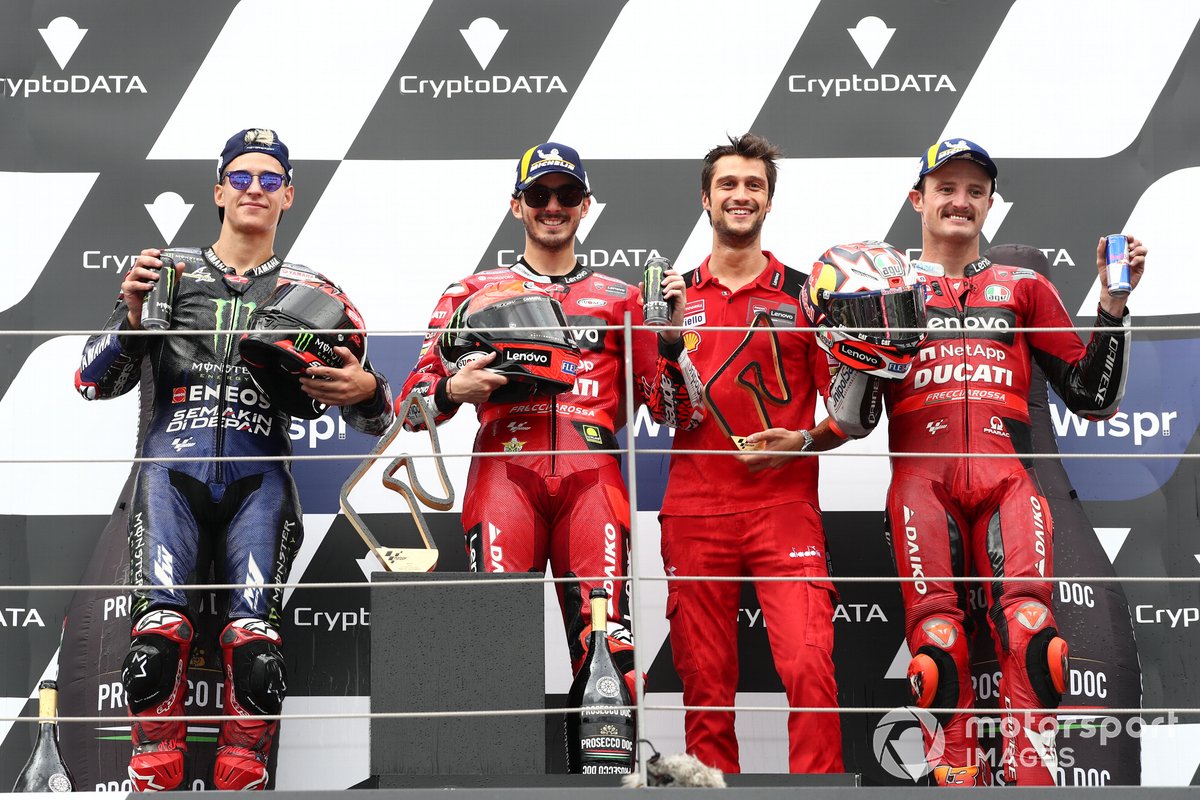 Bagnaia said at Silverstone after winning the British GP that he had asked Stoner for advice, and once again revealed the 2007 and 2011 MotoGP world champion helped him at the Red Bull Ring.

“Casey, Friday he helped me to understand better maybe some situations because looking from the television – or from his experience when he rode here for Ducati [as a test rider] – he felt something,” Bagnaia said.