Michelin making major progress ahead of 2016 return to MotoGP

Early-season testing proved highly problematic for Michelin with a number of riders involved in high-speed crashes caused by a difference in grip between the front and rear tyres, but over time the issues are being eradicated.

"I would suggest they are events that happen when you come back and develop," said Couasnon, speaking to AUTOSPORT.

"We have to realise what we are asking of the riders is extremely difficult.

"Sometimes they test during a week, then race at full speed on a specific tyre at the weekend, and then on a Monday we ask them to switch, usually with a bike not totally tuned to our tyres to discover a different philosophy.

"It's true for every discipline each tyre maker has a different feel and philosophy, which is even more true for bikes.

"So for me it's not surprising we need a bit of time for the riders to get used to our signature, let's say.

"I'm not saying everything is perfect, but we've made some major improvements over the last few months. 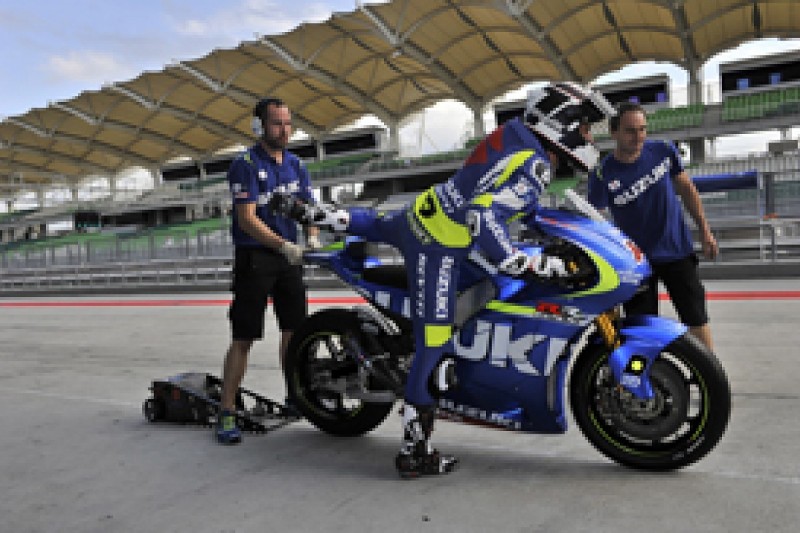 "We've found directions in which we want to keep going, and with more experience with our tyres we believe we will be ready for the beginning of the season, for sure."

At the last test in Mugello earlier this month Michelin evaluated four front tyres and three at the rear.

It is understood work is still required to the fronts following crashes involving Marc Marquez, Jorge Lorenzo and Valentino Rossi.

With the next test at Brno on August 17, Couasnon added: "To get something where the riders can express their talent with confidence and safety, that is really our goal.

"As I say, we've seen major improvement and we are very comfortable. Let's not forget this is the top category of bikes and we have been away for several years.

"It would be very arrogant and naïve of us to come back and within two tests believe everything is fine."