Vinales had been fastest in the dry on Friday and fourth in the wet Saturday morning session.

But he could only manage 11th in the wet-but-drying qualifying session.

Vinales was unable to explain his sudden lack of competitiveness, having been more than two seconds slower than polesitter Johann Zarco's Tech 3 Yamaha.

"In FP3, I was feeling great so I don't know," said Vinales.

"Then suddenly in qualifying I didn't have any feeling.

"I don't know if the track was drier or something but no feeling in qualifying with both tyres.

"Especially the rear on the entry of the corner and in the middle."

Vinales said there was less water on track in qualifying compared to third practice, but he still could not go faster without crashing.

"There was a little bit less water on the track, but I don't know the reason why I got no feeling to go fast," he said.

"Even if it was sometimes a little bit dry, I couldn't go faster because I felt I'd crash every time.

"This morning I felt much more confident."

He added that he was finding it difficult to stay motivated when he had thought he could challenge for pole.

"This isn't a good starting position when you are fighting for the championship," Vinales said.

"Another result like this didn't give me the motivation.

"When you finish FP3 thinking I can go for the pole in qualifying and then you are 11th... amazing."

Reigning champion Marc Marquez, who qualified second to Zarco, expects Vinales to quickly come through the field in the race. 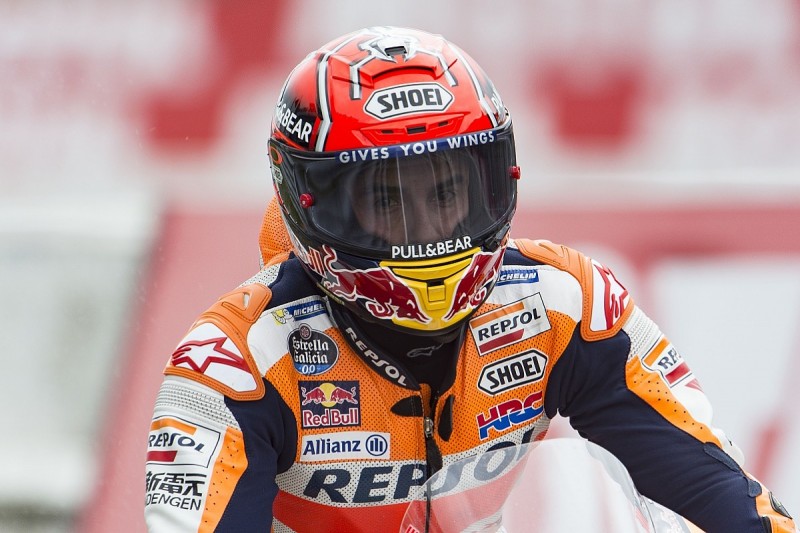 "It looks like the Yamaha riders especially in dry conditions, have a really good pace - Johann and also Vinales," said Marquez.

"But I know Vinales will arrive.

"He's not starting last, he starts 11th and he has a really good pace.

"I know Johann also has a really good pace.

"If it's dry, the target is to be on the podium, but even this will be difficult."

While Vinales struggled in Q2, Rossi was in the thick of the pole fight for much of the session before ending up fourth.

He said the switch to a new chassis design for this weekend was paying off in the rain too.

"A positive day for us because I was very curious to try the new chassis on the wet because on the wet with the 2017 bike I suffered a lot," Rossi said.

"The feeling is not so bad because I was competitive this morning.

"[In qualifying] it was a shame for me to lose the front row, but very important to start from the top five. I am in a quite good position." 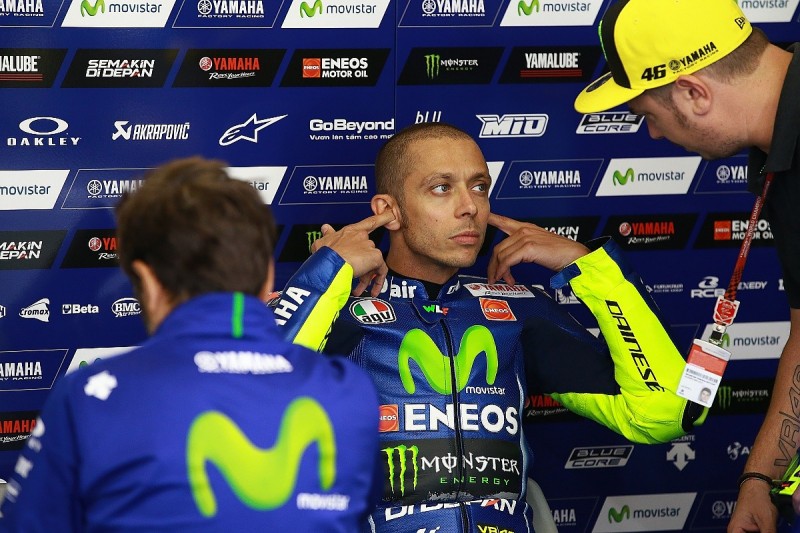